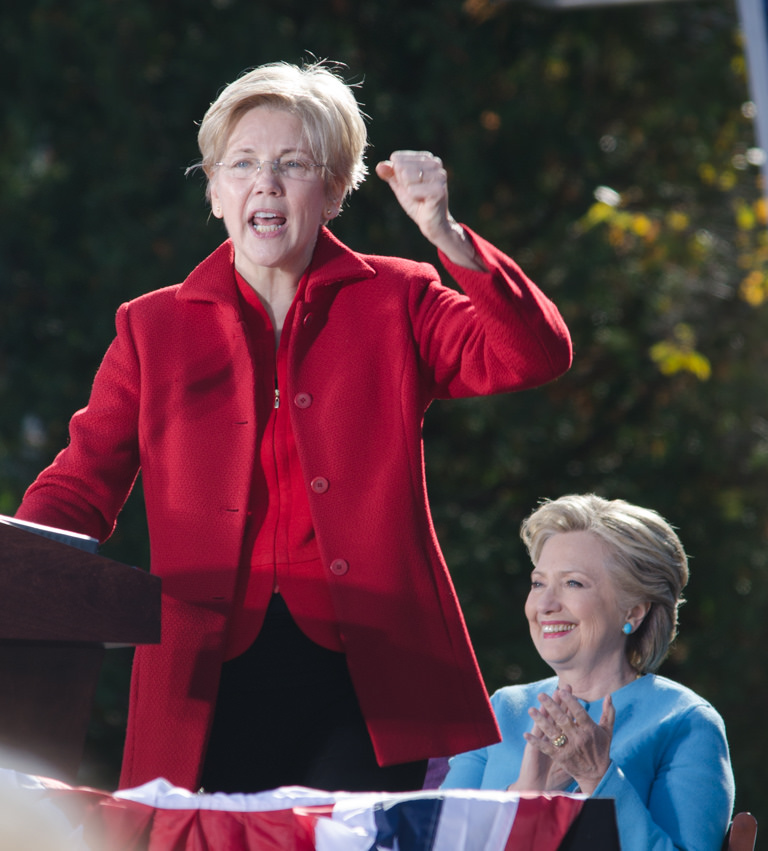 Just before 2018 came to a close, Senator Elizabeth Warren became the first to throw her hat in the ring for the 2020 presidential election. This comes as no surprise, with Warren repeatedly denouncing President Trump over the course of his term and continuously being one of the leading progressive voices in the Democratic party. The Massachusetts Senator was expected to run in 2016 but instead chose to continue her work in the Senate and endorse fellow Democrat Hillary Clinton.

Warren has many qualities that make her a great candidate. She has a large following and is able to draw in sizable crowds wherever she speaks. On Twitter, Warren has amassed over 4.7 million followers that help her communicate her message across the country. As a former Harvard Law professor, she has a keen intelligence and a strong grasp of policy details. This would make her a formidable debater and an intimidating opponent in the primaries. President Trump must consider her a strong candidate because he often goes out of his way to criticize her, offensively calling her “Pocahontas,” in a publicized dispute that tarnished both of their reputations. She was also criticized for a recent social media post where she was seen awkwardly drinking a beer, which was viewed by some as trying too hard to appeal to younger voters.

It is expected that two dozen Democrats may run for president in the next election, with John Delaney, Julian Castro, and Kirsten Gillibrand among those to have already announced their candidacy. In the next few months, more Democrats will test the waters and announce their candidacy, but for now, Warren can use the Senate floor to draw distinctions between how she would govern as president versus the policies of Trump and the Republican Senate. Her continued influence in the Senate makes her a perfect candidate because in the current political climate she is able to use her voice to resist the changes brought about by Trump.

In 2017, during the confirmation of Jeff Sessions as Attorney General, Republican Senator Mitch McConnell criticized Warren for continuing a lengthy speech after being warned to stop, noting “nevertheless, she persisted.” Senate Republicans had used a little-known rule to silence Warren, to the shock of many Democrats. Instead of treating it like an insult, Warren turned it around and wore it as a badge of honor, sparking widespread use of the phrase, including within the #MeToo movement. Her supporter base grew substantially and has allowed her to expand her reach to millions across the country, far surpassing her subsequent exposure that would have resulted if the male Senators had let her speak. The phrase took on a newfound meaning, expanding to represent women’s perseverance in the face of adversity, mostly from men. Whether she persists and wins the Democratic nomination for the 2020 election remains to be seen, but I expect her to fight until the end.