This year’s winter movies weren’t up to par 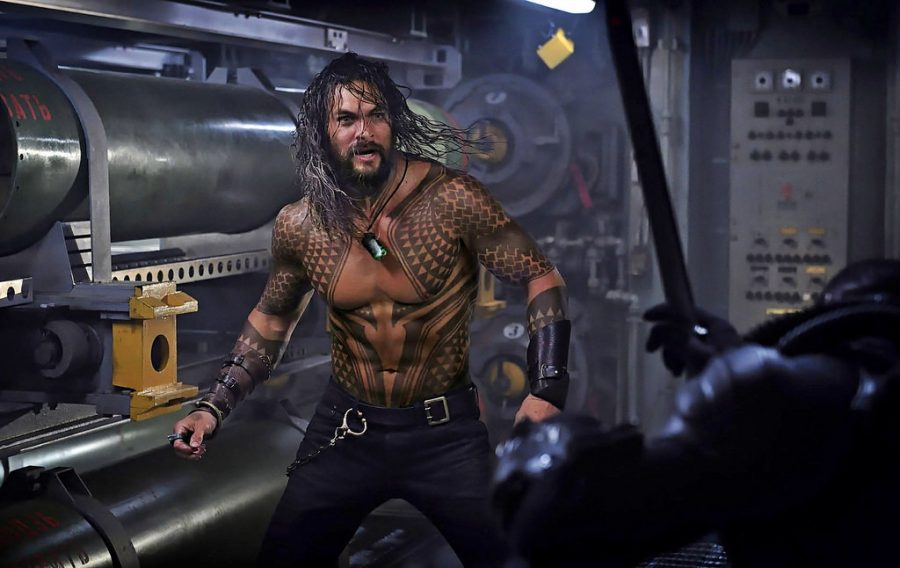 A scene from Aqua-man. Aqua-man was one of the biggest releases of the winter, yet it only got so-so reviews.

Every winter break, my family always looks forward to going out to the movies. Usually December is the time when good films are released. However, this year, there didn’t seem to be many movies worth seeing around the holidays.

This year’s biggest holiday movies included Aquaman, Spider-Man: Into the Spider-Verse, and Mary Poppins Returns. Aquaman came out to polarized reviews. It got a so-so reception from the critics, and audiences seemed either to hate it or love it. But either way, I’ll say no thanks to a 143-minute superhero movie that, based on the trailers, looks like it takes itself way too seriously, when in actuality its whole concept seems rather silly.

I don’t even see what the point was of making Spider-Man: Into the Spider-Verse. Now, it did get great reviews, 97% on Rotten Tomatoes, but it seems like a little kids’ version of the real Spider-Man movies. I’m probably unfairly dismissing it, but it’s just not a typical holiday blockbuster that everyone flocks to see.

Mary Poppins Returns was an unnecessary movie to make. What’s the point? The original was made way back in 1964 and is considered an all-time classic. Why come out with a sequel over 50 years later? Based on the reviews, it seems that the critics’ consensus is that Mary Poppins Returns is a perfectly good movie, but doesn’t add anything new to the table. This is what happens when Hollywood remakes classics. If they change too much, everyone gets offended. Thus, they usually end up just making carbon copies of the original with a result that is ho-hum at best.

Now, maybe a lot of you really enjoyed these movies. But even so, you can agree that, overall, this year’s holiday movie lineup was weaker than previous years.

Last year, there were plenty of good movies coming out in December. There was Star Wars: The Last Jedi, a blockbuster that was pretty entertaining even for non-Star Wars fans like myself.
There was the hilarious Jumanji: Welcome to the Jungle, which featured an all-star cast including Dwayne “The Rock” Johnson, Jack Black, and Kevin Hart. Both of these were family-friendly, fun movies — perfect for the holiday season. Those wanting a more serious movie, could have watched The Post which received critical acclaim and Oscar nominations.

The 2016 holiday movie lineup was arguably even better. La La Land was one of the most talked about movies of that year, receiving numerous Oscar nominations and numerous wins. Manchester by the Sea also received Oscar nominations and critical acclaim. Additionally, there was another decent Star Wars movie, Rogue One, for those who wanted to see another winter blockbuster.

I could keep going back to previous years, and the pattern would be the same (anyone seen Titanic?).
Typically, over the holidays, there is a good blend of entertaining blockbusters along with critically acclaimed films that generate award buzz. This year, for whatever reason, this was not the case, and it was quite disappointing.

Since I couldn’t find anything compelling to watch on the big screen, I settled for an old black and white film at home, It’s a Wonderful Life. Not only was it better than any big December release I could have seen, but it’s the kind of movie that I’ll look forward to watching every holiday season.