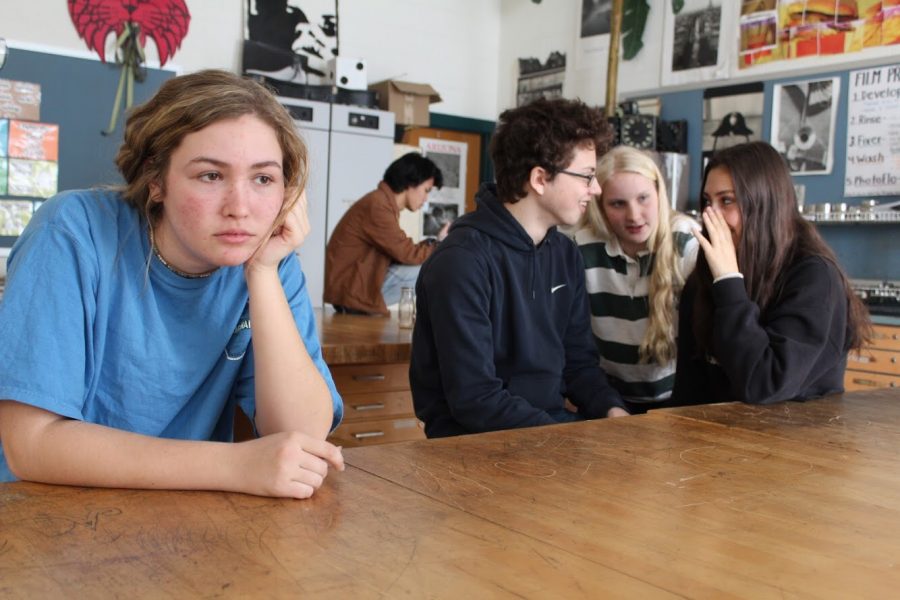 Maybe I just never paid enough attention, but I’ve heard more casual and offensive mental health-related humor this school year than ever before. Mental health is not a joke. So why, then, do people walk around making suicide jokes when there are students in our very school who consider suicide as an actual option? Why has the insulting and utterly disrespectful r-word become a part of teens’ daily vocabulary? There are a number of ways to go about ending the stigma surrounding mental health, but turning this serious issue into a casual joke will just bring humanity in the wrong direction.

Similar to other ostracized groups, if a person with a mental health illness chooses to joke about their situation, it’s their right to do so. If you do not, however, deal with these issues, your “joke” (which you may consider innocent) can be taken extremely seriously by people affected by the very issues at which you poke fun. In addition, people who may have limited to no experiences dealing with mental health might assume that you’re being serious. They may even get the wrong idea that everyone who deals with anxiety, for example, acts a certain way. And by “certain way”, I mean “abnormal” and “weird”.

It is this kind of outdated humor that has helped further spread apprehension of people with mental illnesses, causing those people to refrain from discussing their issues for fear of being mocked, taken to an insane asylum or even killed.

The uninhibited use of the r-word is also a problem and has always been. Its significance and use has long been rooted in the history of the hatred and fear of those with intellectual disabilities, causing me to cringe whenever I hear someone use it in casual conversation. The r-word’s cruel and unforgivable meaning is equivalent to that of the n-word and f-word. I’m sure that there are some people who don’t use the r-word to spread hate, but the deal is that it’s just not their word to use. Plus, there are so many more appropriate alternatives. Again, if someone from the community at which the word is directed wants to use it, that’s their choice, but no one else’s.

I also feel a lot of us are spoiled. We think that by joining a charity or awareness club we’re automatically saints, and that it’s okay for us to say and joke about certain things because, well, we’re in the club. We disregard that there are people in this school who deal with serious issues, and that even getting up in the morning can be a struggle for them. We forget that the people who speak up about their mental health issues aren’t the only ones with those issues. Sometimes we get lost in our own worlds and view everyone else’s problems as much more insignificant than ours.

I remember when I entered WJ for the first time as a freshman. Already feeling pressured by society to fit in, someone told me that the only people who eat in the cafeteria are “outcasts”, and that unless I want to “be like them”, I shouldn’t sit in the cafeteria.

This is why mental health stigma exists. We make the idea of being “weird” sound like the worst thing in the world. What does “weird” even mean? A lot of people fear being viewed as “weird” and neglect to talk about their issues.

Some people like me use humor to pretend like we’re okay. Others just outwardly say that they’re fine and don’t need any help whilst they struggle on the inside. If you’re dealing with mental health issues, one of the first things that you should remember is that you’re not alone, or abnormal or a freak. You should also remember that your mental health is not a joke. Taking that first step and talking to someone, whether it be a friend, family member or teacher, is so important, and you might even feel as though a literal weight is being taken off your shoulders. You are important, you matter and you are not a joke.

No one is perfect. No one is “normal.” No one is totally fine, and that’s okay. What’s not okay is going around the school and laughing with your friends about suicide. Students need to change this and reconsider their vocabulary so that the r-word isn’t in it. A lot of the time when we make these jokes about real life situations, we turn the real life situations into jokes. They’re not.