Should college athletes be paid by the NCAA? 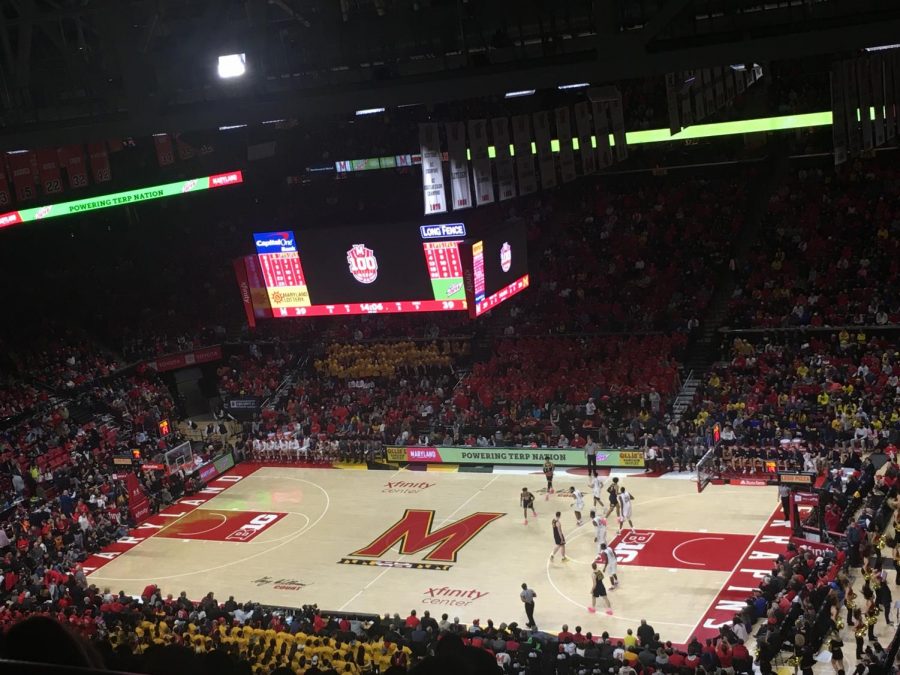 College basketball players such as the ones here in The Xfinity Center at the University of Maryland generate large revenue but don’t get paid. Following the injury of Duke star Zion Williamson, debate over whether college athletes should be paid sparked up again.

College athletes should get paid in particular sports. Big name schools are on ESPN or Fox or CBS or ABC every Saturday. The players manage to still not get paid. ESPN pays $470 million per year to air the College Football Playoff. That’s three games. That’s $470 million. The deal is for 12 years, which adds up to 5.6 billion chips. How much of that do the players get? Zilch. That is preposterous.

It is ridiculous that the players don’t get any money, especially the stars like Trevor Lawrence, Tua Tagovailoa, Tee Higgins, etc. These are guys who the big corporations are marketing constantly, but the players aren’t getting any of the market share. The athletes aren’t getting paid at all but the coaches are making multi-million dollar salaries. Even the announcers are getting paid well, and they have college gameday at a campus site every week. They broadcast hundreds, maybe even thousands of games, and the players get a number that equals zilch of the pot. The schools make so much money off of the players, from TV, concessions, tickets, memorabilia, etc.

We have schools getting in trouble for paying players to come to their school, when in all reality it should be completely within the boundaries. Maryland offered Silvio De Sousa $60,000 and he took it and didn’t go to Maryland. Kansas offered his guardian $2,500 to take summer classes so he could graduate early, and that’s what his guardian had him do. So not only are schools taking advantage of players, but guardians are also as is the NCAA. Players can’t accept any type of money basically the entire year because they have to oblige by NCAA rules. There is so much going on under the table that the NCAA is already very corrupted. There are shoe companies paying players to steer them to a school that uses that shoe. There are agents who pay coaches to go to a school where the agent has a good track record.

During March Madness, the most watched sports event in America besides the Super Bowl, there are photos taken of the players that will go down in the history books and they won’t get anything for them. The players will be cutting down the nets and being interviewed as if they are professionals, without even getting paid.

The issue of whether college athletes should be paid has been a long-standing issue. It came back into the spotlight when Duke basketball star Zion Williamson got injured in a game against North Carolina.
Williamson is likely to be the first overall pick in this year’s NBA Draft. Once he gets drafted, he’ll sign a big contract, make millions of dollars and then make even more money through endorsements. Williamson will be a millionaire in no time.

However, for many, the Williamson injury scare was the last straw. The injury was revealed to not be serious, but had it been, it could’ve cost him dearly. Many now believe Williamson should stop playing college basketball and that the NCAA’s system is broken. After all, tickets for the Duke-UNC game were going for an average price of over $2,000, yet the players didn’t make a dime. Pretty unfair right?
Yes, it is unfair. However, unfair as it may be, paying college athletes would ruin college sports. In fact, paying college athletes would mean no more college sports: it would just turn into another professional sports league.

Part of what makes college sports exciting is that players are simply playing to represent their schools and, in most cases, their love of the game. Now, for some athletes like Williamson, playing collegiately is also important for impressing professional scouts.

Division 1 scholarship athletes really are already being paid. They get to go to school for free, while most average students have to pay upwards of $50,000 per year. That means if a scholarship athlete gets injured and can’t play their sport again, they still get a much cheaper or even free education. That’s a pretty good back up. Of course, many point out that the NCAA is a multi-million dollar industry. Fifty-thousand dollars pales in comparison to the revenue these college athletes bring in. But that’s just not the spirit of college sports.

Could you imagine a system where institutions try to lure athletes simply by throwing as much money to them as they can? This is called free agency. Free agency exists in professional sports leagues. It favors big market teams who can offer as much money as they want. This is what college sports would turn into if athletes could get paid. All the top basketball players would go to powerhouses like Duke, UNC and Kentucky. All the top football players would go to powerhouses like Alabama, LSU and Clemson. If you think there are already too many superteams in college sports, just wait until they have the ability to go to the school that offers them the most money.

The NCAA’s system is nowhere close to perfect. There’s no doubt that top college athletes are essentially at schools simply to play sports and generate revenue. But that doesn’t necessarily mean that they should be paid. To me, there’s something shallow about top athletes getting paid millions of dollars to attend a school, while everyone else is paying just to go to school.