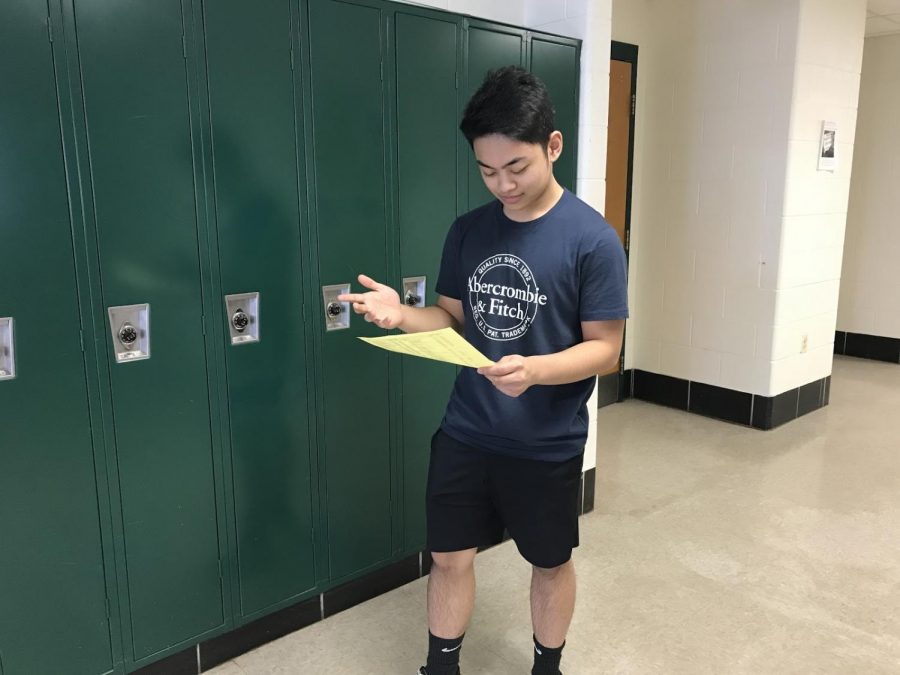 Sophomore Jomar Alvarez speaks English and Tagalog. WJ did not include this language choice in its class registration.

It is a very common dilemma, usually starting in eight grade, deciding which language class to take. Since the county requires at least two years of language in high school, and colleges tend to expect more, chances are that said student is going to end up taking the language of their choice for two or more years. With something that can be such a big commitment, why doesn’t WJ offer more choices of languages?

Learning a new language can be a very difficult task, so all of that effort should be put into a language that the student feels passionately about, not one that they chose as a second choice because the one they want is not available. Combine that with the fact that students at WJ tend to take more than just the required two years, for a more impressive college application. Currently, WJ offers five languages. Compared to some schools which offer a large array of options far beyond the “typical” language class, WJ falls short.

At a smaller school perhaps, this would not be so much of an issue, but WJ is a huge school with an extremely diverse population, so a large selection of languages should not even be a debate. Beyond students potentially wanting to take their native language, a diverse student body means that people are naturally going to want diverse options. Perhaps they would want to take a language that is similar to, but not their native language, or take one for a country where they plan to study.

All of these reasons are limited by WJ’s relatively small selection of language options.  While there is a new American Sign Language class being added to the list for next year, it is only one class, so chances are most of the students who want to take it are going to get denied. This denial forces students to take a language that they may not be as interested in, which can ultimately lead to lower grades.

Students should be able to pursue the language that they actually want to learn, because then they are more likely to actually learn and pay attention, especially when comparing the amount of languages that WJ has to the amount of different social studies electives offered. Any type of history or English class you can think of is offered, but the less “popular” languages are not available, again, despite WJ having a diverse population.

WJ does score points for having a Spanish for Spanish Speakers class, but it presents its own problem, it is the only class of its nature.  WJ does not offer any other classes for native speakers which is unfortunate given the fact that there are a lot of students whose native language isn’t Spanish or English, and their lack of choice to study in their native language is extremely unfair.

It is unquestionable that having a broader range of languages to take would benefit students in the long run, exposing them to other cultures and traditions, that they otherwise would have probably never learned about in any other class offered. Other academic classes can only prepare WJ students so much for the real world, whereas learning a variety of languages helps push for a wider understanding of the world and the people around them.