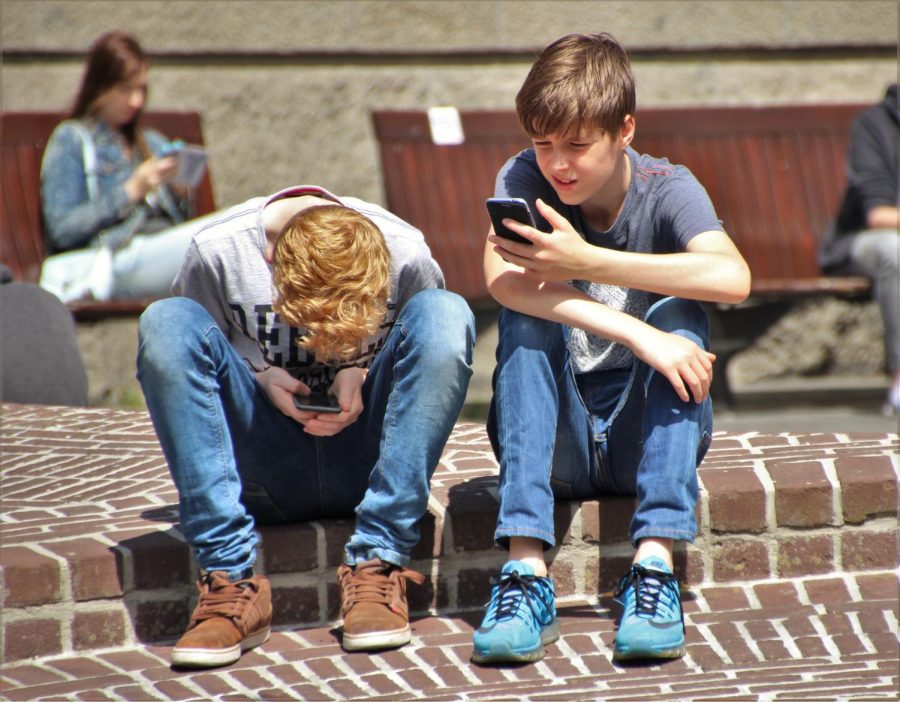 Two young boys sit adjacent to one another yet are not socializing. Given that the average age of cell phone users is so young nowadays, this sight is not a rarity.

Respect is the foundation of an operative society. Respect for the laws, respect for the environment and respect for one another serve as the bricks of the foundation. If any of these were to dissolve, society would see a rather rapid demise. Technology, a treasured aspect of society, is accelerating the arguably inevitable decline by serving as a barrier to interpersonal respect.

The youngest functioning generation, Generation Z, has grown up with the age of technology. According to Eyewitness News and several other news organizations, the average age of a first-time cell phone owner is currently approximately six-years-old A situation all too familiar captures a toddler at a dinner table facing an ipad rather than their parents or even their plate. When children are taught at that age that this is appropriate behavior, they cannot be expected to grow up thinking otherwise.

But this is not the argument. The issue at hand is that the innate ability to identify an inappropriate behavior is seemingly lost. Members of Generation Z, those born between 1996 and 2010, struggle to recognize how their interactions with technology demonstrate disrespect. To prove this, simply replace the phone with an object of less attachment in modern society. Imagine engaging in a conversation with someone who decides to pull out a magazine and read as you continue your enthralling story. Imagine being a teacher passionately lecturing your class when a student at the front row pulls out a deck of cards and begins playing solitaire. These examples are so clearly ones demonstrating disrespect, yet the young generation believes that for some reason doing these things in a more discrete device exempts them from judgement.

This lack of interpersonal respect is so prevalent that there is no need for statistical evidence. Before arguing, observe your surroundings. In any public setting in which teenagers are privileged enough to possess a smartphone, the inability to act respectfully is evident. Adults and peers are drowned out without shame as teens plug in their airpods. Conversations cease to exist as phones are erected as a physical barrier between the talker and “listener.” Young girls abandon eye contact to take a quick selfie on snapchat. All this is done without hesitation and without shame.

Recognizing the acts of the generation isn’t claiming I am exempt from the stereotype I am projecting. Our current society is deprived of respect due to active engagements with technology, and acknowledging this issue is the first step towards fixing it.