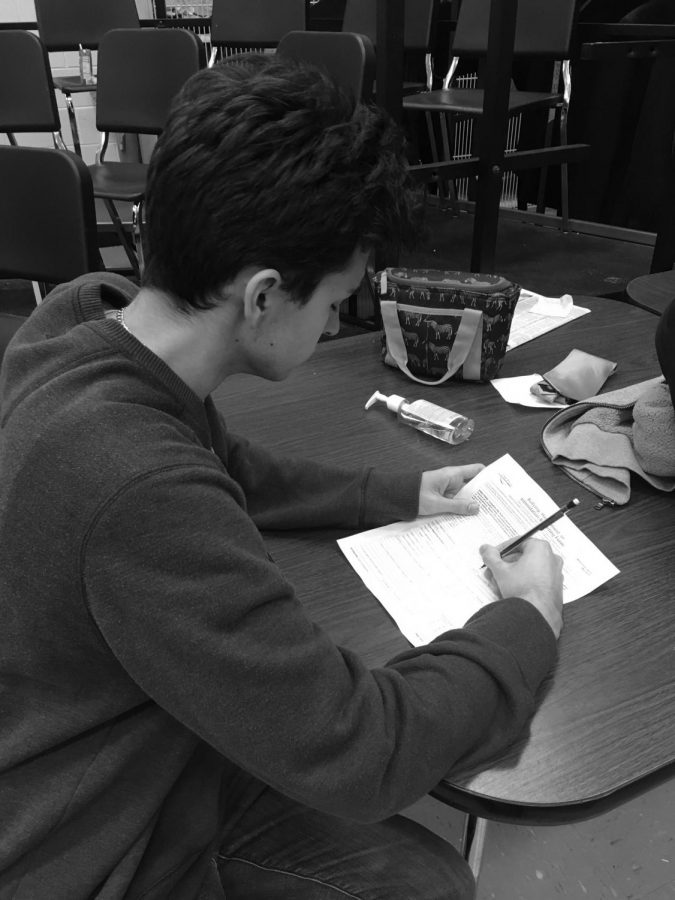 A student fills out a bullying and harassment form. Teachers and staff recommend students refer to the form when being bullied, despite its gross inefficiency.

My memories of eighth grade will forever be stained by a single event: My suspension from school. What started as a small fight off school grounds spiraled out of control, resulting in a three day out-of-school suspension. At the time, what bothered me the most was how I was punished; why was I reprimanded for defending myself and taking on a racist bully while he got off scot-free? In retrospect, it’s clear to me that I took matters too far into my own hands and that administration saw his injuries as punishment enough, but the point still stands: He didn’t suffer any consequences in school.

The Zero Tolerance Policy was supposed to make schools safer by discouraging violence and ensuring a fair disciplinary process. Instead, all it has done is create an environment where the oppressed are afraid to stand up for themselves. Those who do fight back are met with a punishment equal to that of their bully, rather than being lauded for defending themselves. It’s perplexing that such a complete failure of a policy is still in effect.

In many schools, educators and staff vouch for a less violent method to resolving an issue: Reporting your bully. While informing an adult may help in some situations, more often than not, the harassment still continues. In fact, reporting the bully is more likely to incense them, escalating the situation even further. It’s easy to see this effect in places like prison, where “snitches get stitches.”

With this in mind, students are left with few options and often end up in a lose-lose situation. Either they let the bullying continue, report it and worsen the situation; or they fight back and get in trouble. By punishing students for standing up for themselves when things get physical, schools are actively discouraging them from utilizing their right to defend themselves.

While confrontations and fights aren’t the most peaceful and safe option, some people have no choice but to fight back. By standing up, the victim is proving that they aren’t willing to take any more bullying from their oppressor. For the bully, such a response could prove to be a wake up call, or at least make them think twice about acting in such a way.

The Zero Tolerance policy removes these outcomes from the equation and discourages students from doing what’s best for themselves. Instead of disciplining solely the bully, schools are forced to penalize the victim for doing the right thing and such a policy is inexcusable. Rather than punishing both sides, the school should either make efforts to help mediate between the two, or instead solely discipline the bully.