The crusade against our entertainment 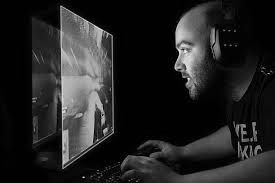 In response to an increase of violent outbursts, politicians returned to scapegoating video games and entertainment. Extensive research has shown claims about the correlation between violence and video games to be flimsy and unsubstantiated.

In response to the 334 mass shootings in the U.S this year—18 of which occurred at schools–news outlets and politicians have returned to scapegoating the media. Stemming all the way back to the 1976 release of the then-popular game “Death Race,” moral defenders ranging from PTA members to politicians have blamed video games and mature media content for outbursts of violence in the younger population. This trend has continued for decades, despite verified research from institutions like the American Psychological Association showing a tenuous relationship at best between destructive behaviour in teens and the entertainment they consume. This stance against the youth culture of video games, mature movies and music is simply preposterous.

The paranoia and virulent fear of mature media was birthed from religious belief and plain ignorance from older generations, much like how rock music was condemned by parents. However, this renewed attack on our entertainment stems from a far darker motive. Gun control has been a greatly debated topic within the nation, with many right-leaning groups blaming everything but the guns, while liberal activists and legislators are pushing for stricter firearm control. It should seem obvious, to all but the most ignorant and stubborn people, that this attack on our hobbies is an attempt by the morally corrupt to divert our attention from their inaction, greed and cowardice.

Granted, my stance on this is heavily swayed by the fact that I’ve been an avid gamer for as long as I’ve been able to press buttons on a controller. Despite this, as far as I can tell, I’ve developed a total of zero violent tendencies after a decade of playing video games and watching violent shows and movies. In fact, I’m sure that nearly everybody can name at least one person who plays video games and doesn’t exhibit destructive behaviour.

It is infuriating to see the people in office act with such blatant deceit, such as when President Trump, in a national address, blamed the “gruesome and grisly” video games following criticism regarding his inaction and poor response to recent mass shootings. It is equally baffling to see how readily people will gobble down these lies and regurgitate them to others, propagating fake news and misinformation. There aren’t enough words to express my frustration that something as positive as video games, which can help people destress, rehabilitate from injuries and form long lasting bonds and connections, be vilified the same way older generations did rock and rap. The biggest forms of entertainment, movies and TV shows, are being blamed by entities like the NRA for causing mass violence, as if the rifles they so staunchly protect with such rectitude weren’t used to massacre innocent people.

However, there is a light at the end of the tunnel. Just like how the sentiment against rock music dwindled out of existence after a time, so too will this mindset. These are the dying gasps of an archaic movement, one which has no place in our society. Mark my words, it will eventually die; it is just a matter of time.