The dangers of overusing emojis 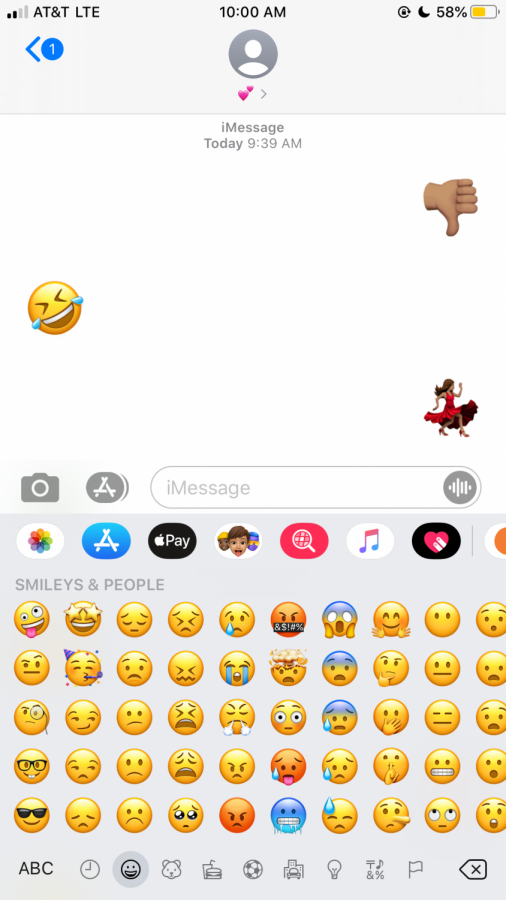 A conversation with no words, just emojis as become a common trend these days. With eight categories of emoticons, anything you want to say can be said in emojis.

We are living in an age where our whole lives are on our phones, but does that mean a smiley face can truly replace the use of words? With 3,178 emojis at the touch of our fingers, it often seems easier and less complicated to just reply with these emojis.

Emojis first entered the digital world in 2008, only becoming a huge trend after Apple released their iOS 6 update in 2012, which included tons of new emoticons. Before then, people were actually expected to type out full responses. Kids born after 2008 don’t know life without emojis. They grow up believing emojis can describe exactly how they are feeling in an instant. This not only limits their ability to express themselves meaningfully, but also causes many other issues.

The overuse of emojis impacts face-to-face conversation. When you are having a real life conversation—not over text messages—you can’t just hold up a sign with an emoji on it. You are forced to describe what you are thinking and feeling with words. When you are used to just picking a feeling with the press of your thumb, it can be a difficult transition to communicate your feelings to someone. It wouldn’t surprise me if in 2020 an app comes out where you can hold your phone in a real life conversation and show an emoji instead of actually talking to somebody.

According to The Emojipedia, an emoji reference site, by mid-2015, half of all comments on Instagram included an emoji. That’s a lot of emojis. In addition to this, it is estimated that more than 700 million emojis are used every day in Facebook posts alone, according to statista.com. Emojis are becoming their own language. Instead of typing out a thank you message, people are simply responding with a thumbs up. When people receive sad news, they reply with a crying face emoji. Words are intimate and sincere, while emojis are cold and detached.

I truly believe that people are going to get worse and worse at expressing their emotions as we become more and more reliant on emojis.