Women are entitled to express frustration 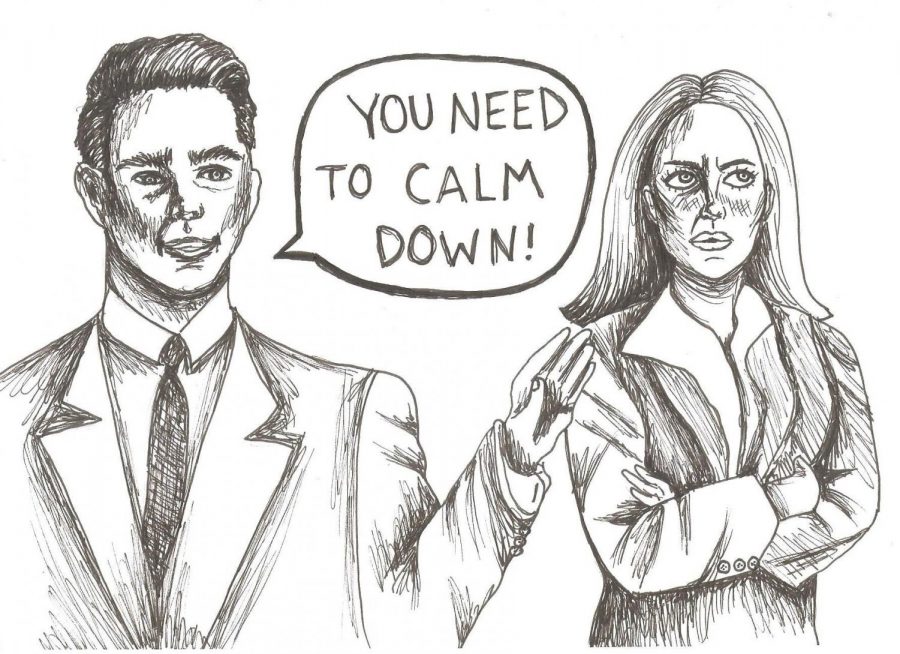 When women were awarded the grand opportunity to enter the American workforce in the early 20th century, opposition abounded. Women were considered to be too weak, too emotional, too domestic. There is no doubt that since that time, society has learned to accept that women will not remain submissive. But the traditional perception of women has yet to dissipate.

Joe Biden and Elizabeth Warren have been at the top of the Democratic polls during the ongoing presidential election; so, predictably, Biden sought out a method to lower Warren in ranks. And because he’s facing a woman, the criticism unsurprisingly targeted her demeanor. He labeled her approach to politics “condescending” and “angry,” assuming the characterization would turn public opinion against her. A woman? Angry? Of course, the public thinks, typical emotional instability. Unfortunately, men targeting the demeanor of women is not new to government or society.

Amidst the impeachment trials, Russia expert Fiona Hill remarked, “when women show anger it’s not fully appreciated\; it’s often pushed onto emotional issues” or “deflected onto other people.” The valid statement was made in response to Ambassador Gordon Sondland dismissing Fiona due to her being “pretty emotional” and “upset” and even “sort of shaking.”

The root of this issue is deeper than the prevalence of the dismissals and accusations. The misinterpretations of women stem from the perception that they are emotionally unstable. Anger, in comparison to frustration, signals more emotional instability. So when people like Biden see that a woman like Warren is frustrated, they label that woman as angry as it corroborates the preexisting stereotype.

Skewed judgments of women are not exclusive to politics\; they exist in the widespread perception among our peers. If a girl walks the hallway without a friendly smile, she will be persecuted for having an RBF. It would be unusual, however, to hear the same term applied to a boy walking without a smile. If a woman does not constantly put a merry grin on her face, does that make her angry? According to society, the answer is yes.

Female politicians should be allowed to express negative emotions freely without being penalized for it. Warren is frustrated with the elitist economy, with the corruption that permeates politics and with the lack of available health care for all members of society. Biden reacted to her frustration, and summarized it with the word “angry.”

It is acceptable to criticize female politicians, just as it is acceptable to criticize their male counterparts. But the criticism directed at women needs to stop emphasizing their personality as opposed to their policies, especially when the chosen aspect of personality is the supposed fragility of their emotions. Women, in addition to men, are actually entitled to frustration and aggravation without being shunned for the expression of it.

This is not to say that women cannot be angry, as they can and often rightfully should be. But when a man and woman are matched in frustration, don’t brand the woman as being erratic while the man is poised.

If you bear witness to a frustrated woman, don’t immediately turn your head and label her as angry. This leap of a conclusion is one done recklessly, at a large scale and only strengthens the notion that women are emotionally unstable.