Is Gen Z’s awareness and activism any different from previous ones’? 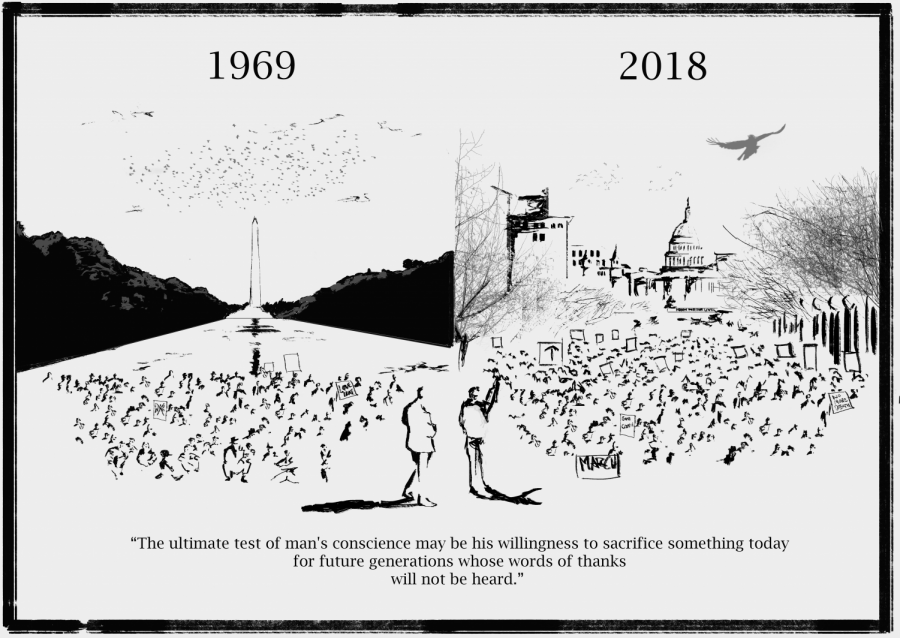 Picture this: The 1960 Greensboro sit-ins, protests against the Vietnam war, the University uprisings of 1968 and, more recently, the Black Lives Matter and March for Our Lives protests. What they all have in common is rebellious teenage spirit\; a product of the counterculture—it’s a generational trend every teen goes through when they want to feel like they’re a part of something greater.

It’s undeniable that every generation (except maybe the Boomers) experiences some sort of social enlightenment and decides to protest against the system in the name of righting a national or global tragedy. However, in light of this relatively new age of social media and its ensuing culture of being “woke” and aware of what crises humanity is facing, some questions arise: is this form of social awareness and responsibility any different than what previous generations had? Are the more vocal uprisings, protests and outcries of Generation Z no more than a byproduct of social media, or do we as a whole truly care more than our predecessors?

Rewind to the Civil Rights Movement of the ‘60s. Teens and young adults across the nation protest the institutionalized and systematic discrimination of people of color in the U.S. A few years later, students are staunchly protesting against the Vietnam War, forgoing the graduation cap for the black armband of solidarity. Fast forward almost half a century later, and history has seemingly repeated itself—students are at the forefront of the Black Lives Matter movement, while also protesting against U.S involvement in foreign lands like the Middle East. While these two periods of time draw many parallels, there’s one key difference: the globalized outlook.

Far more teens are aware of the suffering of millions across the world than before. While widespread apathy is still a disease that plagues millions in the U.S, it seems that far more adults are affected than teens. Sure, adults have jobs and need to pay bills—and the internet has made information more accessible to everyone—but that doesn’t mean they can’t be as knowledgeable, or at least care as much as their kids. As many of us begin to reach this threshold of supposed maturity and wisdom, I remain wary but also hopeful that we can still hold fast to our empathy as the years pass by.

Social media and the change from counterculture to dominance:

To say that social media has affected what we care about is among the most egregious of understatements. What we consume on a daily basis shapes us from the inside, introducing new thoughts, or even cementing the ones that lurk in the back of our mind. As “woke” culture, at least in its tamer forms, has become more widespread among the youth, we’ve become more aware of what’s been going on around the world. As the years have gone on, I’ve seen more of my peers openly speak out against social and racial injustice, post on social media about ongoing global crises and even be at the forefront of local protests and groups. Yes, caring about Uyghur and Rohingyan genocide has been assisted by social media and online news, but at the end of the day, it’s a choice to care and learn, one that we as a generation have been more proactive in making.

Of course, all of this is from a teenager’s perspective. To many, particularly those with far more years of experience and wisdom, I may be coming off as some immature, idealistic, self-centered generational supremacist who just learned to explore outside of his little bubble. While previous generations may have gone through the same cycle of caring until the point of becoming jaded, my peers have broken the loop. The very same students that spoke out against racial violence, police brutality and lax gun regulation are still continuing the fight past high school and college, and I predict that this new trend will only continue.