Relationship issue: Is it acceptable for high school students to be sexually active? 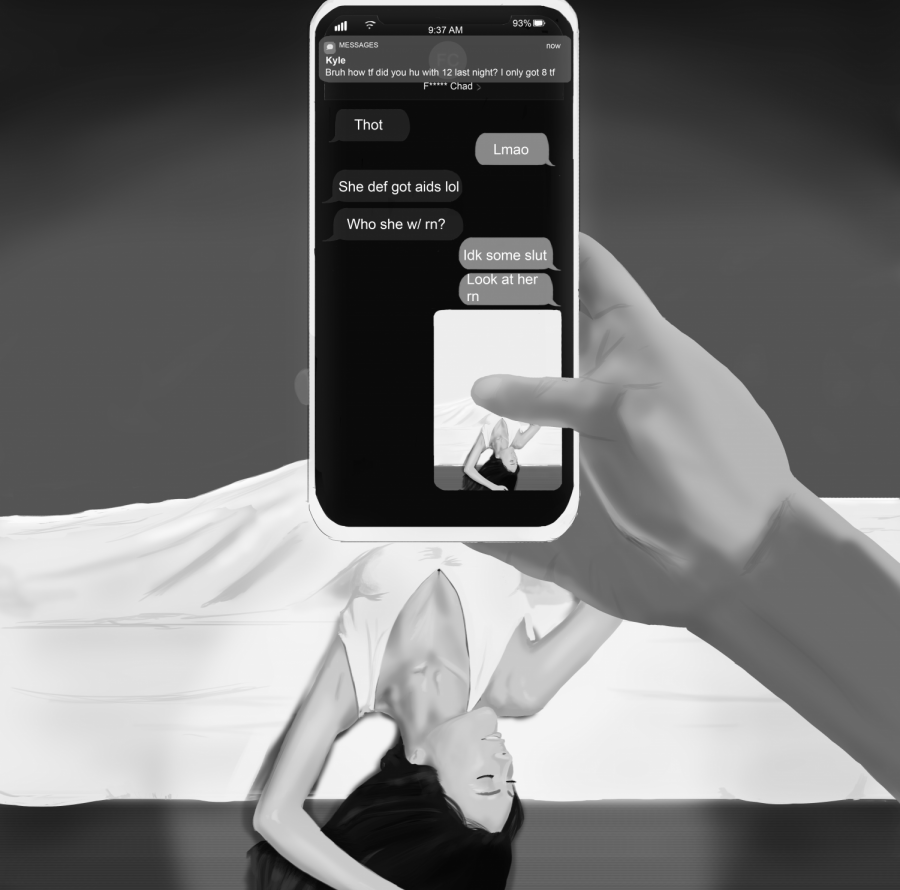 “Pre-marital sex is a sin,” or so the staunch religious zealots like to tout. With these devout fanatics being experts in healthy sexual habits and proper contraceptives, it should be evident to any holy and self-respecting person that they’re right; pre-marital and teenage sex is abhorrent, and we should shun and shame any who participate.

It’s hard to deny that the topic of sex among people is one of contention. We awkwardly avoid discussions with adults with extreme prejudice, laughing it off or acting annoyed, all the while explicitly sharing details with close friends. When we catch wind of a rumor that a certain someone is acting a little promiscuously, let’s admit it: we gossip, we judge and in some cases, we persecute. Yet, when we find out that a friend has hit the famed home run, we typically cheer them on with overwhelmingly gratuitous support.

Therein lies our problem, the age-old dichotomy in the high school microcosm, or rather society at large: sex is fine, but only when our inconsistent, arbitrary and archaic norms allow it.

I’ve known a few people who’ve been labeled as sluts because of their history of getting with any number of guys over one, and the single glaring issue they’ve experienced is that they’ve been given a label that doesn’t entirely represent who they are, but rather only their sexual activity. For a society that likes to endorse freedom of one’s body and prevent arbitrary classifications from being placed on others, we ignore these freedoms when sex becomes the issue at hand. Because we are taught values of purity and abstinence, and place such an importance on virginity, we inadvertently allow these ideas to eclipse common sense and personal judgement, and thus allow rumors and gossip to create a false image in our head. Even if people do get around, that doesn’t make them any worse than the rest of us. That’s their choice. This may be a universally understood lesson for many, which makes the issue all the worse because we ignore it.

This doesn’t mean I’m advocating for people having sex at a whim, especially at this age, where teenage brains are prone to succumb to pressure, hormones and underdeveloped definitions of love. With such sexual freedom comes responsibility and baby-shaped consequences for those of us who fail to act with caution. From a parental point of view, I understand why adults are so clingy and presumptuous when it comes to sex: imagine finding out that your daughter lost her virginity to some random guy at the age of 16, much less got pregnant because they didn’t use a condom.

The bottom line is, it’s important that we not fault people for their sexual choices. Life is too short to be obsessing over such trivial knowledge like who’s sleeping with whom, or what someone’s body count is.

For all of our rhetoric about accepting the lifestyles of others and being understanding, we’d be hypocrites if we didn’t extend that line of thought to all aspects of life.