How Tiktok reduces the meaning of songs 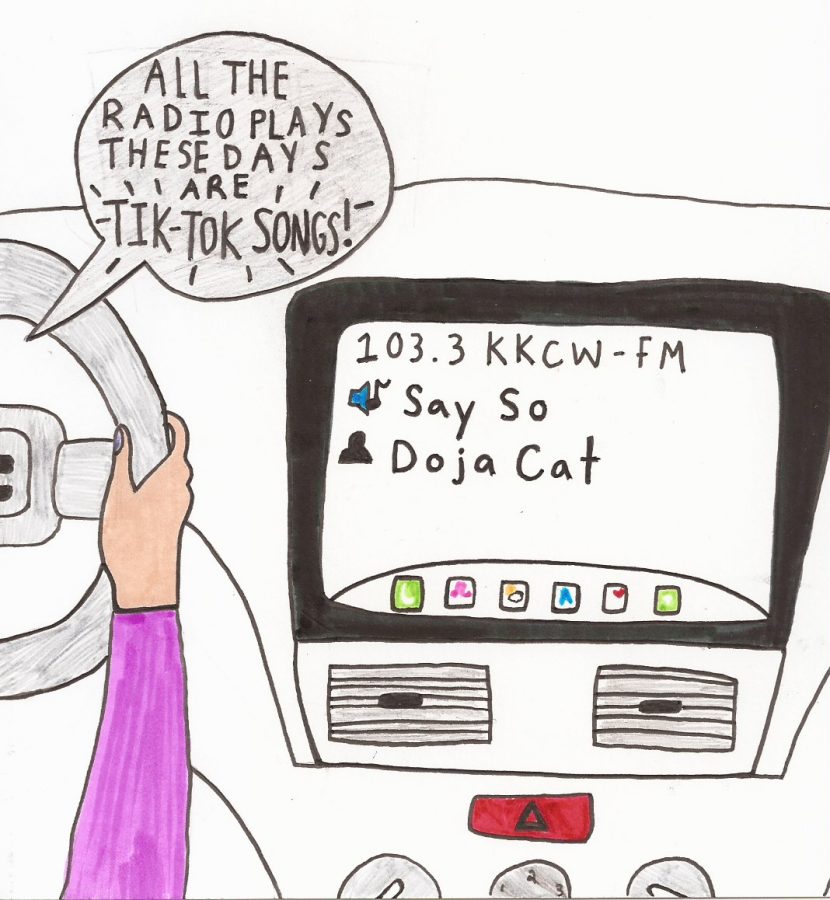 By now, everyone has memorized a few songs from TikTok. Some of these songs might not be new, but have made a comeback due to the popularity of the app. TikTok has helped several artists’ popularity rise over the past year. However, when a record’s popularity rises, it comes at a price: people forget the meanings of the songs

I’m not trying to downplay their accomplishments, but I’m not going to hide my displeasure. A track can go from a three-minute ballad about a person going through something traumatic, to a 30-second catchy line. It’s a shame, to be honest.

Take “Oops” by Ella Fitzgerald and Louis Armstrong. It’s a great track, a classic jazz song with gorgeous lyrics and an amazing saxophone melody in the background. Too bad we can’t hear all of that because we only know the lyrics “oops my heart went oops”, sung by some girl.

I don’t think some artists mind how their lyrics are being used, as long as people listen to their music. Look at Doja Cat. Sure she was already popular before TikTok, but her fame skyrocketed after her songs “Juicy”, “Like That” and “Say So.” She used TikTok as a great marketing platform and milked it for all its worth. But I wonder if anyone really fully comprehended her lyrics or her clever wordplay. For example, in her song “Juicy”, she makes subtle references to “Legally Blonde” and “Buffy the Vampire Slayer”, but you wouldn’t recognize these lyrics since the whole song isn’t as widely known as the first part.

I’m not going to lie, it’s nice to see artists getting the recognition that they deserve. But when their records are being played over and over again, it gets exhausting to hear. It becomes super cringy and dies out, which isn’t the best thing for an artist. A song should last a while and the whole thing should be appreciated. TikTok can also negatively impact an artist when people only hear 15 seconds of a tune and don’t want to hear the rest of it.

I’m not trying to say that songs haven’t been overplayed and cringy to hear before TikTok, but now it’s on a much greater scale. Even if you don’t have TikTok you’ve probably heard the snippets of the melodies that are overplayed on the app.

Now that this has become such a big part of pop culture, nobody can avoid it. It’s literally everywhere in the world. But instead of just using these lyrics and melodies as background sounds for dances, we should all make more of an effort to get to know the songs better.