How students are learning languages that schools don’t offer 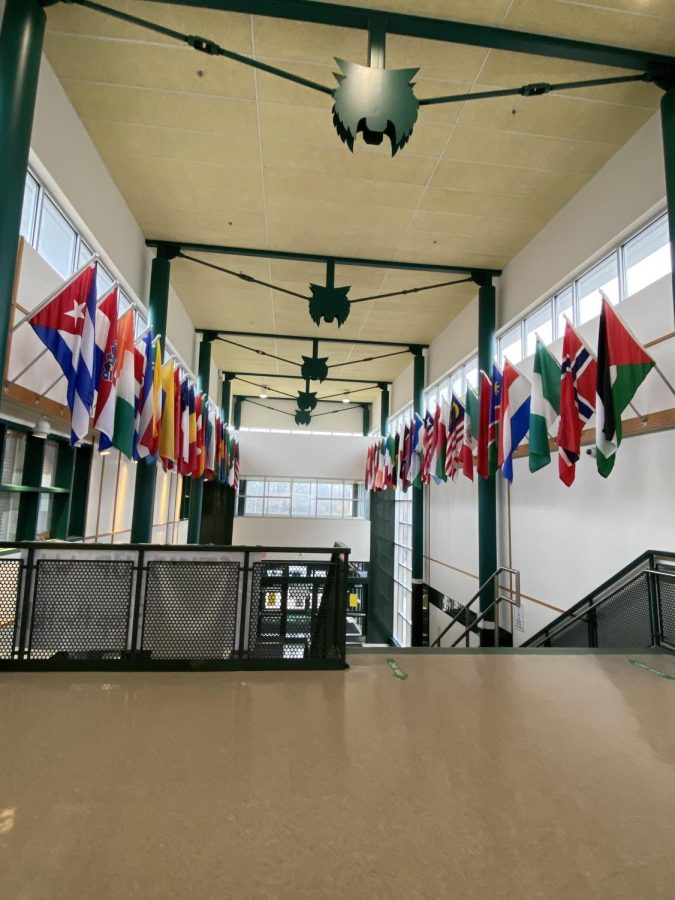 The WJ main entrance has many flags of countries around the world, in each of which different languages are spoken.

I personally know a language that is not offered at schools: Bulgarian. However, I also know some basic Spanish because I’ve taken four years of Spanish at school. Now, the difference is that I’ve been taught Spanish at school by several teachers over the years. Bulgarian, on the other hand, I’ve learned growing up and recently to brush up on my knowledge of Bulgarian, I have needed to self-teach myself the language.

Furthermore, I have friends who simply want to learn new languages, not offered in school, such as German, Russian, Turkish and more. However, this can be a very challenging task because they’d need to self-teach their language of choice from the basics like grammar, conjugations and vocabulary.

For languages that are more popular or known, apps such as Duolingo, Babbel, Rosetta Stone, Drops and more similar apps can be downloaded on one’s smartphone to have access to study and learn a new language at a touch. These apps begin from the basics to learning a new language like basic grammar and vocabulary which then have quizzes to test your knowledge on what you’ve just learned. These apps are also designed to have something like a learning module of topics and each learning module can test and build your knowledge of new topics by fill-in-the-blank questions, multiple choice questions, translations and more.

However, like I previously mentioned, these apps are useful for the more commonly known and popular languages. But for languages that are not as known, and note that there are hundreds of unpopular languages, these apps do not offer them. Therefore, options can get very limited and self-learning can become an only option.

Personally, my tips for beginning to self-learn a new language is as follows, using Serbian as an example: search the Serbian alphabet and print it out or write it down, review and memorize the spelling and pronunciation of each letter, search top 100 Serbian nouns and practice writing and speaking each word to build a basis, move on to searching grammar and conjugation basics, repeat the process by spelling out and pronouncing each new word. This process should be repeated over and over again, each time, by building more and more knowledge through new phrases, translations, reading passages, etc.

My top tip that I can give for learning a new language, when self-studying, is taking the process slowly because no one can learn a language overnight. Make sure that you study the language everyday because inconsistencies will lead to inconsistent learning. Progress will happen, but it will take time and dedication everyday to learning and building off of the information.