Students should be able to change Chromebook backgrounds 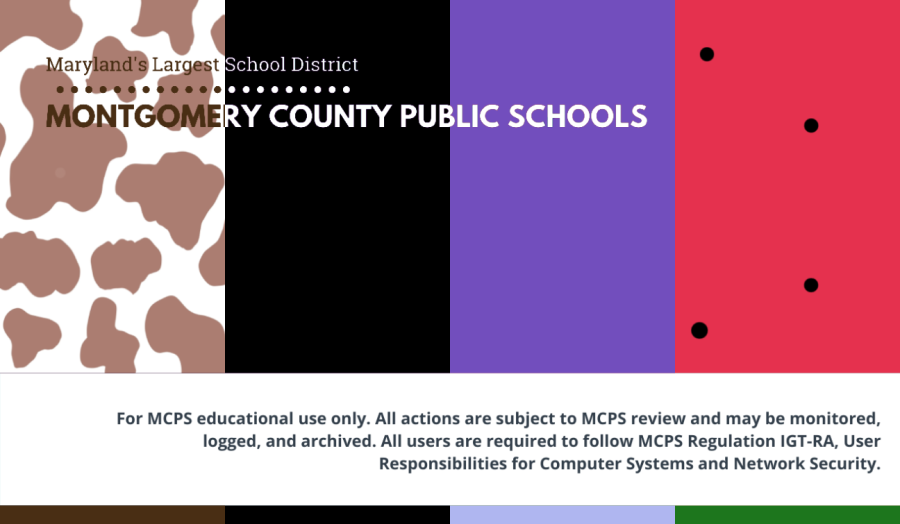 Some variants of the current background that still keep the warning and words of the original. This could have so many options.

Throughout the past decade, students have switched from writing essays in binders to typing them up on school provided chromebooks. However, students have not been able to change the background of their computers to personalize it more to their liking.

Many people forget that there is another background that you could change.

“I change the [chrome] background daily, but the other one, it’s kinda boring,” freshman Marieme Ba said.

When classes start usually there is the usual commotion of making sure your password is safe and where classes are. This has always added to the monotony of the school and traps people into this bubble. By just adding a little personality to these boring machines would allow students to have personality and a small change to what they see everyday. This is just one small thing that the school could do to add a little pep in our step.

Another advantage to different Chromebook backgrounds would be being able to tell much quicker without reading the name if it is your Chromebook. The current background is boring and I have gotten tired of it real quick as I’m sure many people have. Every time I open up my Chromebook it is the same reminder that everytime I use this device for personal reasons I am going against the code of conduct. It sort of puts me in my place in a way that I don’t appreciate. The lifeless color palette gets to me and adds to the extreme drone of my school life.

While this change would be practical it could also help with creativity.

“Not having this option hinders my freedom and individuality at the school. It would be a simple and reasonable thing for the county to implement,” Ba said.

This is just one small step to giving the students of WJ a little bit of independence when it comes to computers. The google new tab background is able to be changed which helps people spice up their computers but it would be cool if you could do that with two different backgrounds. It seems a little weird that the county doesn’t trust us enough to change the background. Even having a few options of colors or like the time table with the school bell would be more helpful than the current one. This would show a little more faith in the students and be a small but needed change to the online interface of MCPS.

There are so many options for the background even if the message had to remain but behind it stayed.

“I would not mind having a watermark. I think variety is a human right to everything,” Ba said.

This feature could also be practical rather than just for show. If they added the background as the bell schedule, think of how much easier it would be to remember when to leave for second period. Especially with the MISA testing schedule, this would rule out the complications that have come up between students and teachers. They could post the upcoming things for the week and make so many things more accessible to students rather than having to search through your email to find the link to the PDF of the bell schedule and then realizing that you found the wrong one. This would just be a nice feature all around to have.