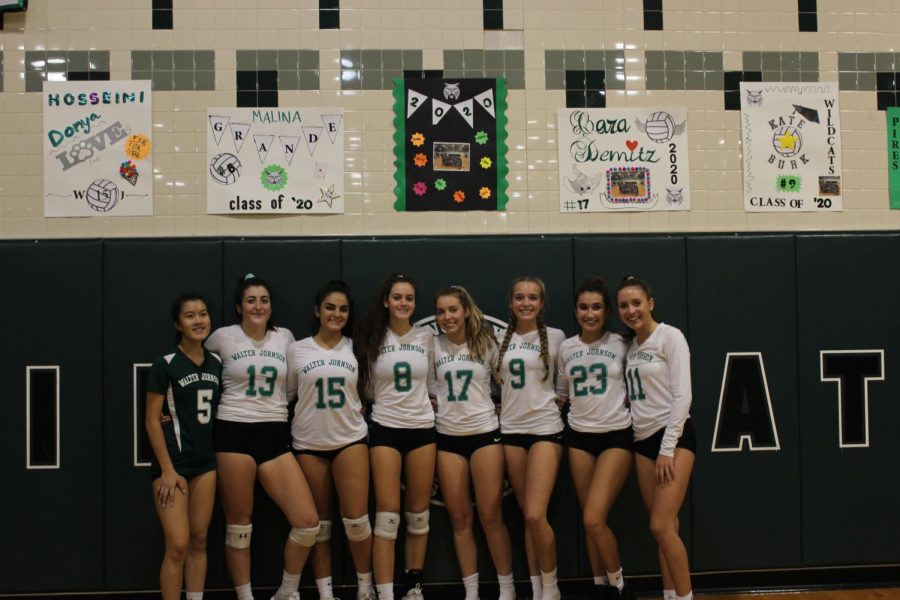 Girls come out on top against Kennedy High School on senior night. The girls won the match 3-0.

Playoffs are approaching and the WJ girls’ volleyball team is determined to go all the way. Fourteen regular season games have passed and now they are on the road to states. Having not won a state championship in decades, the team is fighting to make that change.

The girls are entering playoffs, ready to rematch the schools they’ve previously played during the regular season. With a record of 9-5, with losses to rivals Wootton and Churchill since the beginning of the season, the team is hopeful they can make it through playoffs.

“We’ve beat Wootton once this year but then we had [senior] Malina [Grande] as our setter. Now that we don’t have her it shows how much we really need her for the rest of the season,” senior Ella Tartt said.

With the soon return of their starting setter Grande, the team will be back to playing at their full potential, but with her currently gone, the team has no choice but to continue the season without her.

They have come up against Whitman, Richard Montgomery, Wheaton, Kennedy and Montgomery Blair during their playoff push. The end of the season is approaching, and depending on how the girls perform, they could extend the season.

“Every year we haven’t gotten that far, and being a senior this year means it is our last year to make it,” senior Kate Burk said.

In the 2018-2019 season, varsity boys’ volleyball was able to fight and win that championship title, and the girls would like to follow in their footsteps. The seniors especially are coming to play with intensity to finally bring the win home. Many of them will not play in college, so it’s now or never.

“It’s very sad knowing that any one of our games coming up could potentially be our last game playing with the seniors, and with that in mind, we all need to work our hardest to make sure we don’t end sooner rather than later,” freshman Wendy Liu said.

With their final games of the year in mind, the girls are eager to get as far into the playoffs as possible. They are determined to fight for the seniors to give them the best conclusion of their high school career.

The team had a first round bye because they were the second seed in the region. Their first playoff game is Monday, November 4 at home at 6:30 p.m. against Whitman.