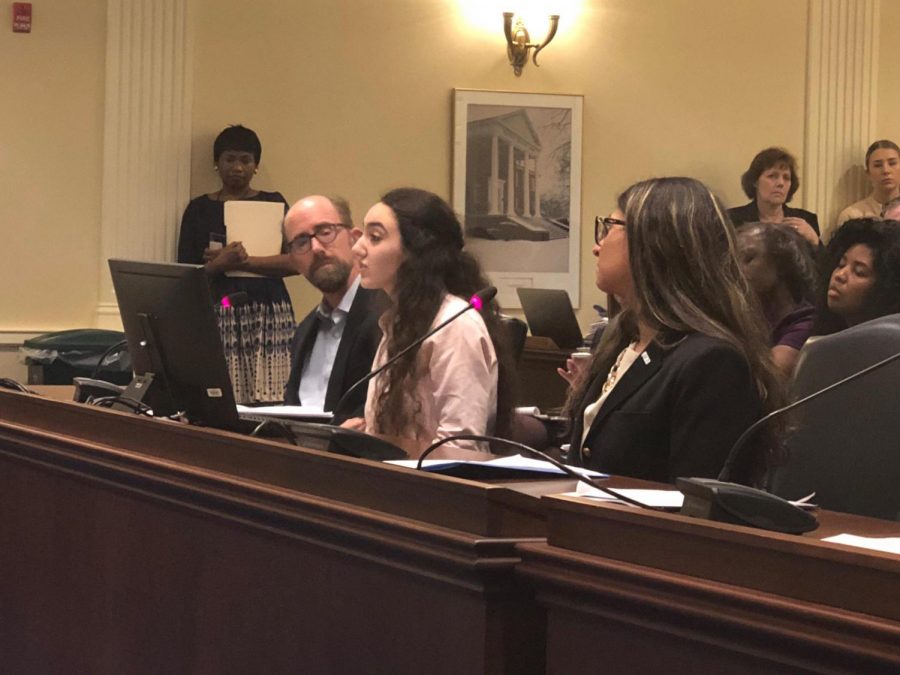 WJ alumna Shani Kamberi has been advocating for a bill in the Maryland House of Delegates which would mandate Maryland public schools to teach students about organ and tissue donation on February 18, 2019. This is the second year in a row Kamberi has appeared before the delegates, hoping her bill will create a change in the public school system she used to attend.

Kamberi first wrote the bill when she was in high school with inspiration from her former WJ English teacher, Jonathan Bos. Every semester Bos tells his students the “heart story,” which is his miraculous story of a heart transplant that he received which saved his life. At the committee hearing, Bos addressed complications that the bill would propose like teachers being forced to educate students about a topic that they may not want to teach.

“I can tell you as a teacher there is room in the curriculum for a one-day presentation on organ donation,” Bos said.

Along with Bos, Allan Massie and Senator Shirley Nathan-Pulliam of Baltimore County are supporters of the bill. Massie, professor of surgery at Johns Hopkins School of Medicine, testified about the importance of educating teenagers about something that could save many people. At the hearing, he mentioned his own kids, and how being educated about organ donation has opened them to the possibility of donating. Senator Nathan-Pulliam is sponsoring the current bill, although the bill is still in the early stages of the legislative process. The bill still needs to go through the House committee and voted by two chambers before it goes to Senator Larry Hogan.

“I hope that people can understand the need to have education on organ donation, and I hope this gets passed,” Kamberi said.

Even though the bill has yet to be passed, it’s intended effects have already been seen in WJ. Last semester, students in health classes welcomed a guest speaker from Donate Life, which is an organ donor program in Montgomery County. Statistics on the Donate Life website show that in Montgomery County alone there are currently 535,129 registrants waiting for a donation while the donor registration share is only 61%. This alone opened the minds of many students about the importance of organ donation and changed the minds of many students who haven’t even considered the option.

“Having someone who I could trust come talk to me about organ donation really gave me a different viewpoint than before. I definitely want to register myself for organ donation,” sophomore Haben Getachew said.

Kamberi argued against the many myths that come with organ donation in her bill and will be taught in schools all over Maryland by the Living Legacy Foundation, a non- profit organization dedicated to saving lives through organ and tissue donations.

“This bill will inform many students who don’t know much about organ donation and help them see the good it does for others” sophomore Samar Jahanbin said.

Bos, being a huge supporter for Kamberi’s bill, believes that it can have a major impact on teenagers who don’t have any knowledge about organ donation when going to the DMV to get their license.

If the bill were to be passed, students would be required to learn about organ donation in there health classes as a part of the curriculum. Since health is a graduation requirement, students will end up leaving high school being informed of how organ donation really works.