Bocce honors seniors in last game of the season 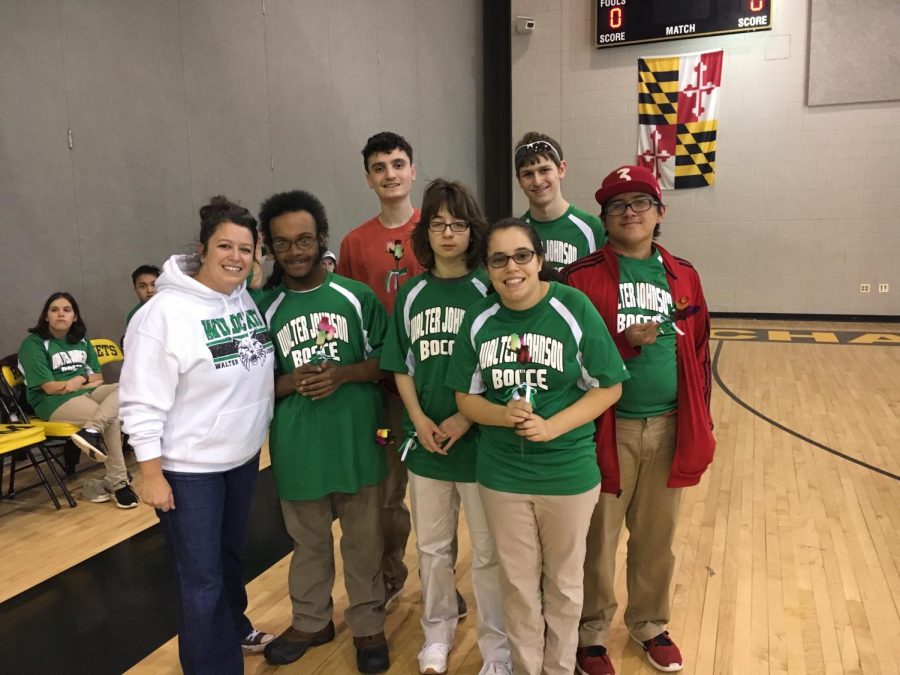 Bocce played their last season game against Richard Montgomery High School on Tuesday, January 23. They came out with a loss, but a definite will to improve.

The first set was a loss, 7-1. WJ scored in the second set, with a lucky ball that rolled the closest to the Pallina, or the target ball.

The second set was closer, with WJ scoring their point in the last set and RM winning 6-1.

However, WJ felt that the floor was a bit different than they were used to. The floors used in bocce ball are all different, so you never know what you’re going to get.

“Their gym floor was very fast, and we practice on a cafeteria floor, and their floor, the slightest touch the ball would roll an extra three feet. It took us a couple of games to get a feel for what their floor was like,” Co-Coach Christine McArdle said.

The team also took this game to recognize their six seniors, some of whom have been on the team since their freshman year.

Senior Gerry Gruber is one senior who has been on the team since his freshman year. He has had a history with most of the seniors on the team.

“I think all the seniors this year are pretty good. I’ve known all of them since middle school,” Gruber said. “I bet it will be quite different without them here.”

McArdle coached full time when Gruber was a freshman. She took a break when O’Connor stepped in. She is now back to help out, and has known most of the players for a long time.

“We would be nothing without our seniors. Our seniors give us leadership. They know the ins and outs. We’ll miss them, but they will always be bocce players in their hearts,” said McArdle.

Bocce is preparing for divisionals on February 3, where they will play Bethesda Chevy Chase first at their high school at 10:00 a.m. If they lose their first game, they are out, but if they win they will move on to play Wootton.

McArdle comments that in practice the athletes have been preparing to have confidence and patience when they get up to the line.

“We’ve been working on taking your time. We have some students working on some breathing and counting techniques to make sure that they are calm and going to throw the ball with control and with precision,” McArdle said.