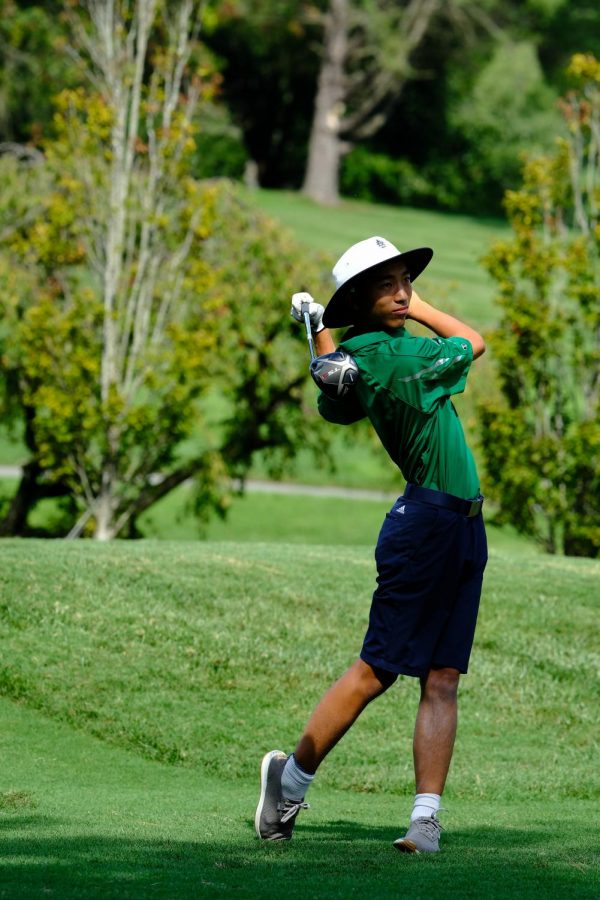 Senior captain Jacob Wu-Chen admires his drive. The dedication to his swing is one of the many reasons why he qualified to represent WJ at States.

As one of the biggest schools in Montgomery County, WJ is bursting at the seams with different school sponsored sports and clubs, each one with a different unique and interesting story. One of these sports is the WJ golf team. The golf program has developed a distinctive culture that has produced two of the top golfers in the state.

The team is captained by seniors Jacob Wu-Chen and Danielle Corwin. Both are working hard to help steer the team through the COVID-19 pandemic. Unfortunately, just like many other sports, the loss of an entire year greatly affected the WJ golf team.

“We have a lot of less experienced players that we’re just trying to get involved in the team,” Wu-Chen said.

Despite the more laid back attitude, the golf team was still able to send two golfers to participate in the all-state golf tournament.

“It was a really big thing for our team and we are all very supportive of our players going to states. Everybody supports each other and we encourage each other to really play our best,” Corwin said.

The two golfers who the golf team sent to the state tournament were Wu-Chen and sophomore Fannie Sukhumparnich.

Wu-Chen entered the tournament with a handicap of three, meaning that on average for an entire course he only misses three shots.

“I feel excited to represent WJ at states,” Wu-Chen said.

For Sukhumparnich, being an underclassman participating in the biggest tournament in the state was a big deal. She entered the tournament with a handicap of eight.

“I was definitely a bit nervous during the beginning of the first round because it was my first time going to states.” Sukhumparnich said.

Sukhumparnich showed her skill and potential to be one of the best golfers in the state by finishing 9th overall as a sophomore. She will be one to watch as she continues her golf career.

While sending two golfers to states may be impressive, the team is looking to advance its prestige and prowess over the coming years.

“I am excited for the future of the golf team because of our considerable talent. I know that Dimitrios Townsend is going to make a great captain and lead well with Fannie. If we get a few competitive freshmen in the near future, I’m sure Walter Johnson will be competitive statewide,” Wu-Chen said.