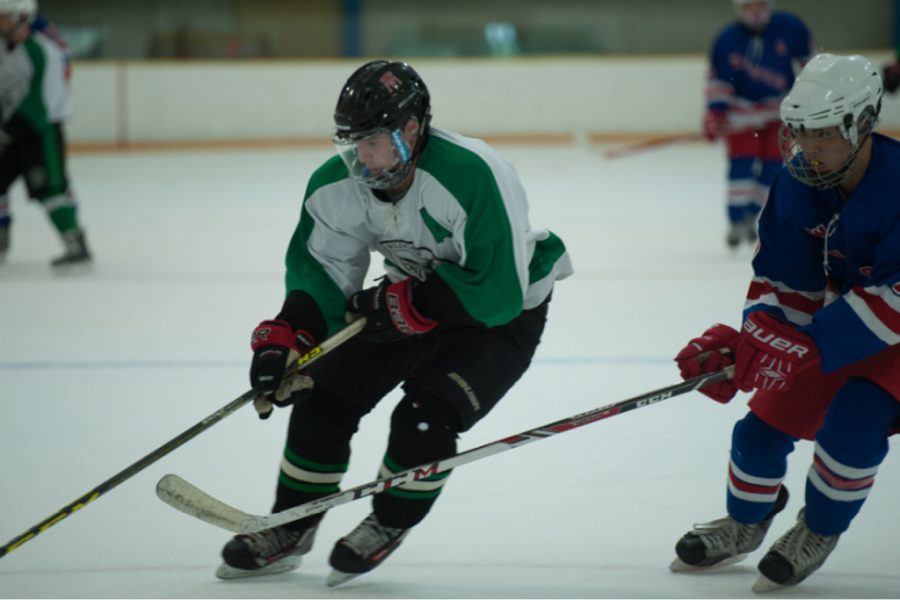 As one of the most popular club sports at the school, the WJ ice hockey team has been gaining more attention with the excitement of the past few seasons. Last year’s 8-4 season placed the varsity squad fourth out of the seven teams in their division, with highlighting performances from then-senior Tiger Lindsay and the team’s current arsenal of 10 seniors.

Now with five games under their belt, the 2016-17 Icecats’ season has been somewhat rough to say the least. Losing to rivals Churchill High School 9-1 and BCC High School 5-2, the team is looking to improve their offensive and defensive executions as the season progresses.

Regardless, the Icecats aren’t without success this season, capturing a 5-1 win over Blair High School and nearly coming out on top against division leader Wootton High School during a nail-biting 3-2 loss. Senior Aaron Greene, a forward and second season team captain, leads the Cats in goals scored thus far with five to his name. Greene hopes that with his offensive experience, the squad can move forward in confidence.

“I just try to get the other guys to build off the energy and success so we can keep scoring,” said Greene.

At the back line, senior goaltender Owen Greene is coming off a 3-2 conference record last season in which he averaged around four goals against per game. In the past three years, Greene has also served as a crucial goaltender on club teams outside of the Icecats, such as Howard Hockey and Team Maryland AAA. Having played over 1,000 total minutes of WJ hockey, he is still enthusiastic as he moves into his final year.

“I just try to stay focused and use my experience, which goes a long way in high school hockey and is something I have more than most of the goalies in the league,” said Greene.

One particular problem faced by the Icecats, which has proven to be destructive in years past, is their penalty kill management. Currently, three WJ players have 10 or more penalty minutes so far, due in part to double-minors, majors and suspensions. Junior Phillip Lawson knows that there are always key points to focus on in defensive development.

“We really need to keep tight and stay in the house, blocking shots is something we need to do more of as well,” said Lawson.

This week, the Icecats are set to face the DC Stars on December 16, a team who has struggled at the bottom of the conference this season. Looking to capitalize on their momentum from the 3-2 thriller against Wootton, the Icecats are striving for a successful year in the upcoming games.