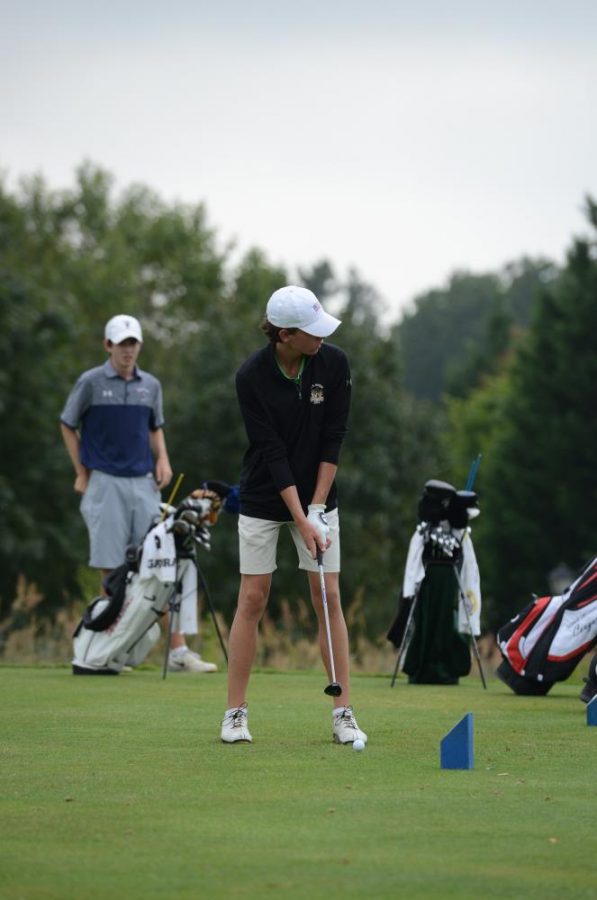 As a team, coed golf did not qualify for states, but freshman Jake Griffin qualified individually for the competition, representing himself and the Wildcats well.

Griffin came in 11th place in the 3A/4A class division after shooting 74 in the semifinals and 81 in the finals, finishing with 155 total strokes.  For the most part, he was pleased with his performance.

“I definitely hit my driver well, but my irons were a little bit off on the second day,” Griffin said.

Griffin started off very strong, as he was in second place after day one of the competition.  However, he faltered a bit in the final round as his game wasn’t quite as sharp.

“On the second day I kept worrying about what was going to happen after I hit a shot instead of focusing on the shot I was hitting,” Griffin said.

Griffin knows he can learn from the mistakes he made to have even more success in future years.  Part of that includes an improved mindset.

“I just have to take it one shot at a time,” Griffin said.

Griffin wasn’t the only WJ golfer who qualified for states, though he was the only one who competed.

Senior captain Spencer Brody made a difficult decision to not compete in states for academic reasons.

“I have been to states a couple times, but it is very different going as an individual.  The biggest thing for me was that this decision would only let myself down, not the team,” Brody said.

Being a senior, Brody has more important things on his mind than golf, like college.  In the end, Brody felt as if the reasons not to play outweighed the reasons to play.

“With college app deadlines approaching, my focus was on school and my college apps,” Brody said. “I was not practicing my golf game at all, and I was in no way prepared to compete.”

The main factor in his decision was that a representative from the University of Michigan was visiting WJ on the same day as states.

Brody has done a lot for WJ golf over the last four years.  He was a part of the 2015 team that came in second place in the entire state.  He has also endured some of the rougher times, like this year when the team only managed two wins.  He’s been through it all and will be missed by the team.

“While it would have been great to finish my career at states, other things in my life were more important at the time,” Brody said.

While Brody’s career has ended, Griffin’s is just beginning.  Based on the way he played this season, the future looks bright for him and WJ golf.