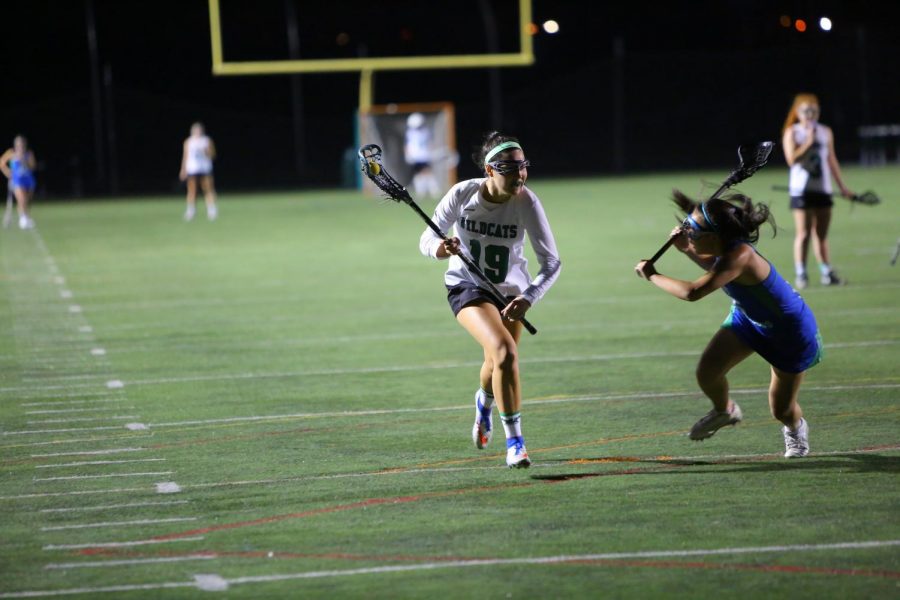 Senior captain Ashley-Kate Smith in action last season. This season, Smith and the entire team are expecting to do better than last. Photo courtesy of Lifetouch Studios.

Last year the WJ girls’ lacrosse team had a 6-6 record and made it to the second round of the playoffs before losing to Whitman.

After last season’s loss to Whitman, the team is looking to do better this year. To achieve their goal, it’s going to take a lot of hard work and cooperation from everyone.

One of the most important things this season is going to be teamwork and the chemistry that bonds the team together.

“Chemistry is definitely going to be the most important part in reaching our goal this season,” senior captain Ashley-Kate Smith said.

With eight returning seniors, the chemistry between the players will be a big help this season. The seniors will help in multiple ways and make the lacrosse team even better. It’s always good to have older members on any team with experience because they’re usually better than the players who have just started to play and they can mentor the younger players.

Last season, the lacrosse team was very young and inexperienced, yet they still showed flashes of greatness at times with some big wins. However, they were inconsistent. This season, with an older and more experienced team, they’re going to be much more consistent and hopefully win more games.

“The older age of the team will help us because of the experience and the leadership the seniors bring,” senior Lauren Danco said.

Although last season had a disappointing ending, the mix of returning varsity players and incoming new players from JV could signal a very bright future this spring for girls’ lacrosse.