Parrish gets ready for first season as basketball coach 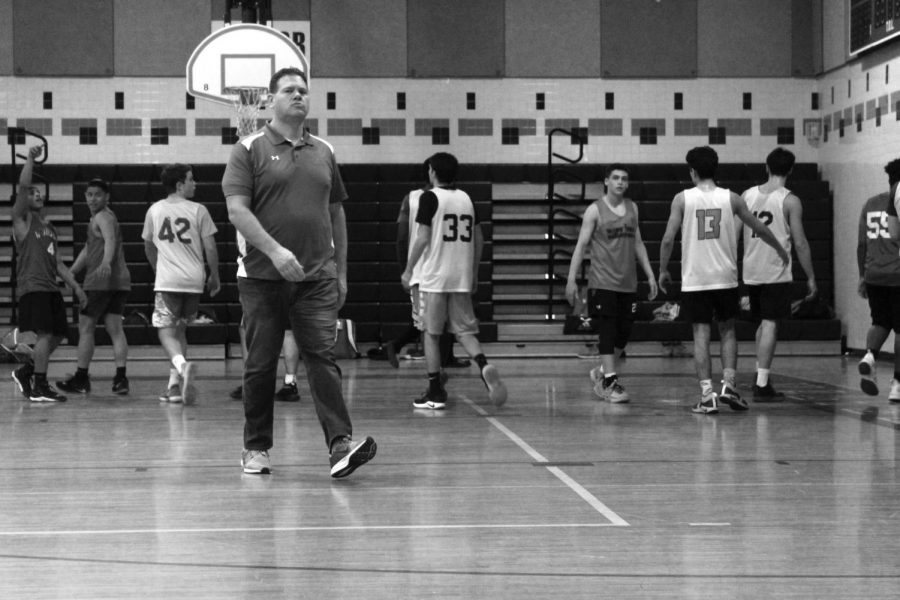 Last spring, the athletic department hired Kevin Parrish as the new boys’ varsity basketball coach. Parrish currently teaches in the math department at WJ and is taking over the job after last season’s team finished with a 4-16 record.

Did you play high school basketball?

I went to BCC. I played sparingly. I actually didn’t play my junior year. I got hurt and that pretty much ended my basketball career before it could really take off. Three out of my four years, I played at BCC.

Do you have any past experiences of coaching high school basketball?

I’ve coached high school basketball for almost 20 years, I was the varsity basketball coach at Gaithersburg for nine years and then I coached as an assistant at Whitman for a couple of years and at Paint Branch for one year.

What have those teams taught you about coaching basketball in general?

They have taught me that it is a long season and the goal is to keep getting better throughout the season so that you are peaking at the end of the season. I think by the end of the year we should be a really good team.

How do you feel about this year’s team?

We have a chance to be a really good team and I’m definitely excited.

Do you have high expectations for this season?

Last year’s squad only won four games. How many wins do you expect out of this team?

It’s hard to look at a schedule and determine how many games we’re going to win, obviously we expect to win more than four. There are couple of elite teams in the county like Gaithersburg and Paint Branch; those are probably the two best. Besides the really elite teams in the county I think that we should compete with everybody and I think we should be able to win a fair number of those games. For me, I don’t like to put a number on it because if I say I think we should win 10 games, then if we win eight games does that mean the season was a failure?

Do you have anything else to say about this year’s basketball season?

I think we have the chance to surprise a lot of people. When you only win four games I think a lot of people will look at the schedule and say “WJ, chalk that one up as a win.” We have a lot of senior leadership on this team including Spencer Mahne, Hank Roll and Jonathon Newman. [Those seniors] have good varsity experience and so I think that when we get into games they won’t be overwhelmed by the teams we play.