Best professional athletes to come from around moco 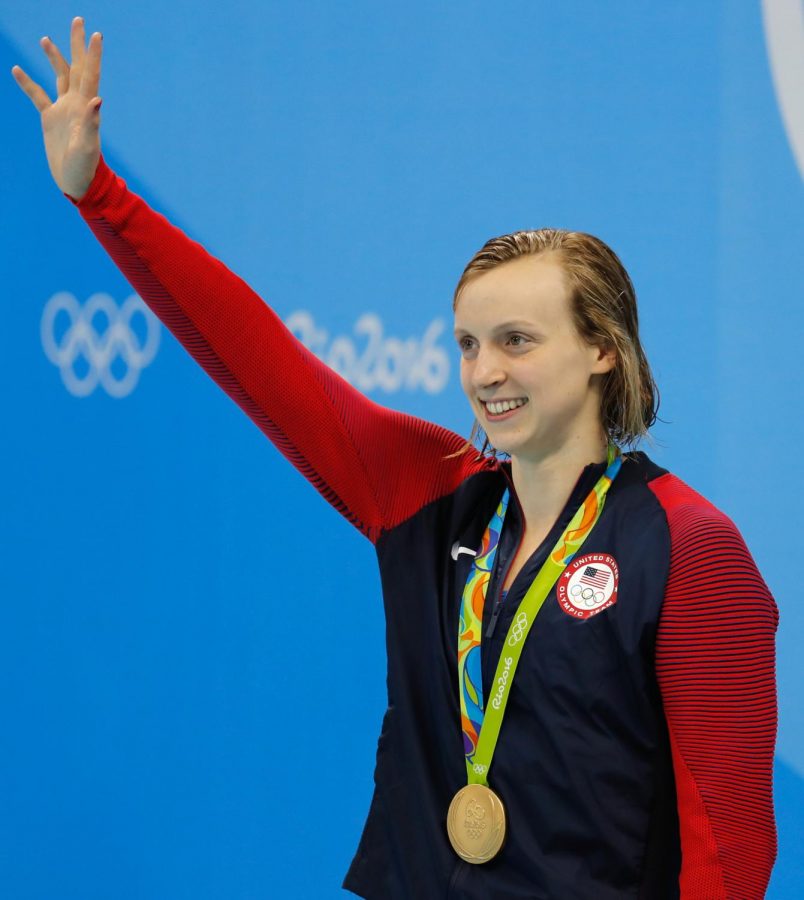 The most recognizable athlete to ever come out of Montgomery County celebrates on the podium after winning a gold medal. Katie Ledecky won four gold medals in the games.

The DC-Maryland-Virginia area is widely regarded as one of the best regions of the country at producing athletes. While Prince George’s County is notorious for producing some of the best basketball players to ever step on the hardwood, this article will focus specifically on Montgomery County and some of the amazing athletes that have come out of MoCo.

Katie Ledecky: Everyone knows Katie Ledecky. She graduated from Stone Ridge in Bethesda, right on Rockville Pike. She has won five gold medals in the Olympics, four of which came in 2016. Only Michael Phelps had more gold medals than her. Not a bad list to be on. She holds numerous world records and seemingly breaks them every time she jumps in the water. She is probably the most famous athlete to recently come out of Montgomery County.

Jerome Dyson: Dyson attended Churchill in the late 2000’s decade. What he may be remembered for most is being a contributor on the 2011 Connecticut basketball team that won the national championship. He would go on to play one year in the NBA before going overseas to play at Fortitudo Bologna in Italy, where the money is still very good.

Erik Mcmillan: Mcmillan attended Kennedy in the 80s. He turned out to be a star in the NFL at cornerback, going to two pro-bowls and winning defensive rookie of the year. A case can be made that he is one of the best football players to come out of the county.

Mike Curtis: Someone with a much better case as the best football player to come out of the county, Curtis was a two-time all pro at linebacker. He won a super bowl with the Baltimore Colts, in which his interception played a role in the outcome of the game.

Paul Rabil: Rabil attended Watkins Mill, and is by far the most famous lacrosse player in the world. Although almost nobody knows a single professional lacrosse player, anyone who does know one will probably know Paul Rabil. Rabil recently founded the Premier Lacrosse League, a league trying to secure itself as a national brand for the sport.

Josh Hart: Josh Hart attended Wheaton for a year, and then moved onto Sidwell Friends School . He would go on to Villanova where coach Jay Wright would turn the Wildcats into a household name. Hart won a national championship with the team in 2016, and was drafted by the Lakers out of college. He was part of the Anthony Davis package going back to the New Orleans Pelicans.