Who will win Super Bowl 55? 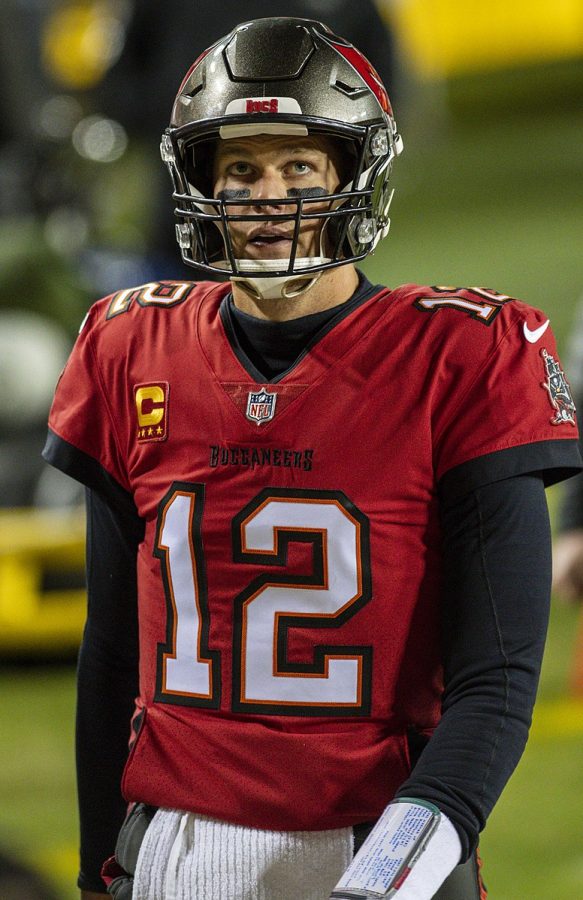 Tom Brady and the Tampa Bay Buccaneers stand ready to face off against the Kansas City Chiefs in Super Bowl LV. Students predict that Brady and the Bucs will take home the win due to Brady’s history as a record breaking quarterback.

The Kansas City Chiefs and the Tampa Bay Buccaneers are headed to Super Bowl 55. The Chiefs make a much anticipated return to this year’s Super Bowl. The Bucs did some great offseason work, bringing in Tom Brady. With this addition, and other additions to both sides of the ball, Tampa Bay was a natural contender for this year’s championship.

The Kansas City Chiefs started off the season with great momentum, coming in as Super Bowl champions from the year prior. The Chiefs won 4 games in a row to start the season. Their first loss was handed to them by the Las Vegas Raiders. The next game was a foreshadowing of the AFC championship they would later endure. Kansas City beat the Buffalo Bills 26-17. They got another win against them when it really mattered in the AFC championship this past Sunday. After their Raiders loss, the Chiefs went on a 10 game winning streak until they were stunned by young star Justin Herbert and the Los Angeles Chargers just before the beginning of the playoffs.

In the divisional round, the Chiefs went up against a promising Browns team that was far different from any Browns team we have seen recently. This led to a fairly close game, with the Chiefs coming out on top. Chiefs quarterback and leader Patrick Mahomes did suffer a head injury in the game. It was not certain what had happened to him. Backup quarterback Chad Henne had to step in to secure the win for the Chiefs. Of course, this was not the biggest concern to Chief fans. Patrick Mahomes was dazed and confused leaving the field that night, causing speculations of a possible serious concussion. He was ruled out of the AFC championship, but then later cleared for it. Whatever happened to Mahomes that night did not impact his arm whatsoever. In the AFC championship, Mahomes threw for 325 yards and 3 touchdowns, a normal game for him some may say. With other two stars Tyreek Hill and Travis Kelce having huge games as well, both over 100 yards receiving, the Chiefs are going into the Super Bowl with great hope of history repeating itself.

The Tampa Bay Buccaneers have an impeccable offense. This was a result of landing one of the greatest to ever play the game this offseason, Tom Brady. With Brady came Rob Gronkowski out of retirement, who has won 3 Super Bowls with Brady. Brady has a plethora of wide receivers that he has to throw to including Mike Evans, Antonio Brown and Chris Godwin. The Bucs have veteran stars on defense like Ndamukong Suh and Jason Pierre-Paul, but also rising stars like Devin White, who is ranked 14th in number of sacks.

The Bucs finished the regular season at 11-5, clinching a wildcard game against the Washington Football Team. Next up to face was the New Orleans Saints. The Saints had given the Bucs trouble during the regular season, handing them losses in both games they played against one another. This time, it was different. The Bucs were able to get 3 interceptions off of soon to be hall of famer Drew Brees, and hold star running back Alvin Kamara to only 85 yards with no touchdowns. After winning for the first time this season against the Saints, the Bucs were able to move on to the NFC championship against the Green Bay Packers. With failure to convert on turnovers, horrible play calling and bad decision making by the players, Green Bay played a not so Green Bay type game. This made it easy for the Bucs. Neither team was playing “great”, but the Bucs secured the win to what did not look like a normal Packers team. If the Packers did not have so many faults, I could have definitely seen them challenging the reigning champions in this year’s Super Bowl.

Senior Jacob Dincin and sophomore Ellie Hilton believe the Chiefs will come out on top again this year.

“Patrick Mahomes is greatness in the making,” Dincin said.

“Patrick Mahomes and Andy Reid both know how to win under pressure, plus the Bucs are simply worse than the Chiefs,” Hilton said.

“The Bucs will win the Super Bowl this year. Their offense is way better fit to be more effective than the Chiefs offense against their defense. It’ll be a good game, but the Bucs will come out on top,” Albertini said.

As a die hard Patriots fan, and a huge fan of the GOAT himself, Tom Brady, I am going to have to agree with Albertini here. Brady, a home field advantage and a great football team, no question that the Bucs will be showing up and taking the W on February 7.