Senior basketball players reflect on their time at WJ 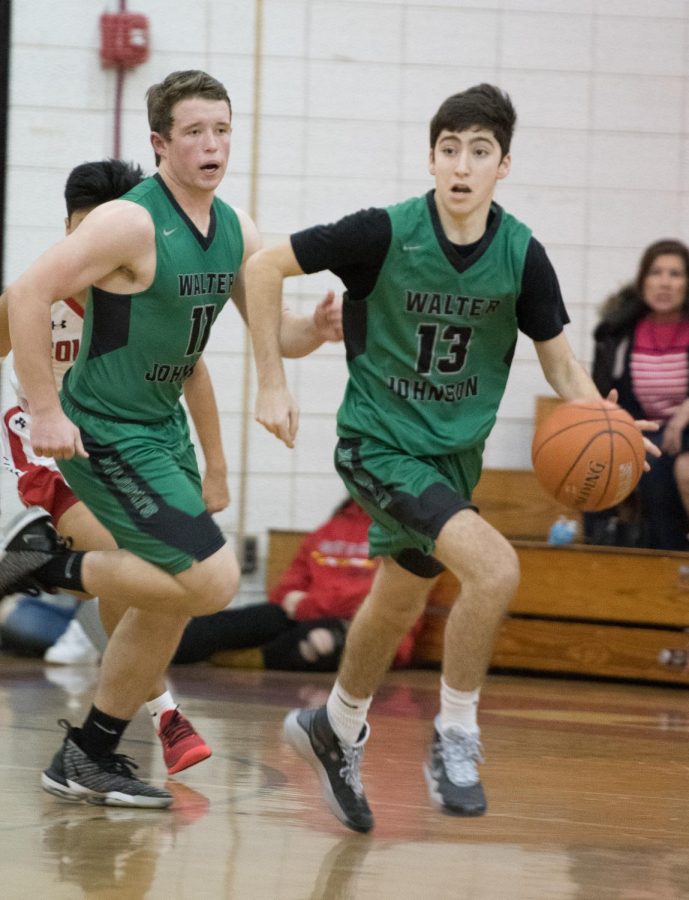 Charlie Newman takes the ball down the court in a basketball game against Wooton High School.

MCPS has announced the cancelation of all winter sports for this school year which means Wildcats and Madcows won’t get to see their beloved boys basketball team in action this year. The most devastating thing is that the seniors on the team won’t get to experience their own last dance their senior year.

Many seniors this year have played basketball at WJ for three years and it’s become a very important part of their lives.

Missing this last season is devastating for these players, but it doesn’t make their time at WJ any less meaningful.

Senior Charlie Newman has played basketball for WJ since his freshman year and his older brother played four years for WJ. Newman was hit hard by the news of the season getting cancelled.

“This last season was everything that I’ve been looking forward to since freshman year. I’ve been waiting for that senior season where I can be a true leader beside my closest friends,” Newman said.

Senior Patrick Kemp has played basketball at WJ for three years as well and he had a similar reaction to the terrible news.

“Not having the last year is horrific. I have worked up my whole high school career to this moment and it really sucks not having a senior year,” Kemp said.

The news was especially tough because it really looked like the Wildcats were primed for a big year, and everyone was very excited.

“Having 10 returning seniors, all we’ve been talking about was how good our team was looking and how we could do something really special going into our senior season,” Newman said.

“We were expecting a really good year and it is awful that this had to happen to us,” Kemp added.

“Each year the chemistry on our team has been like no other team I’ve been a part of. The kids on every WJ team since my freshman year have not only been my teammates but my closest friends. Getting to play with these same guys in front of the whole school was an experience I will never forget,” Newman said.

For Kemp, playing basketball at WJ has been the highlight of high school, and wouldn’t give it away for anything.

“Playing for WJ has meant everything for me. I have played basketball my whole life and my high school career has been the centerpiece of it,” Kemp said. “Playing for WJ has given me some of the best memories and has led me to meet some of my life-long friends. If it wasn’t for WJ basketball, I would have missed out on quite the experience.”