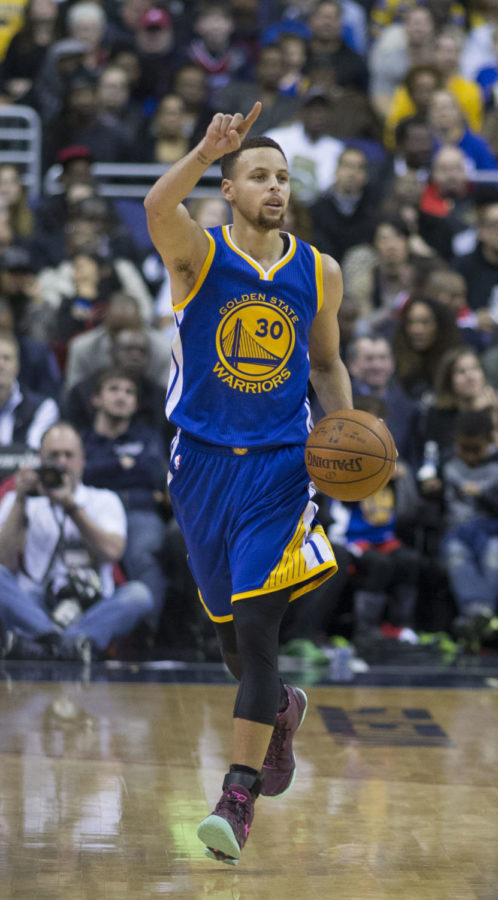 Steph Curry is having a historic season scoring the basketball for the Warriors. He continues to put a team with minimal talent on his back as he looks for his 3rd career MVP award.

The 2020-21 season has certainly not been a normal season. With Covid still playing a factor, many teams had players miss multiple games due to Covid protocol or injuries. The regular season is also 10 games shorter than usual because of the late start to the season. Through these challenging conditions, a few guys have cemented themselves firmly in the MVP conversation for their incredible play so far this year.

The favorite right now is Denver Nuggets center Nikola Jokic. While he isn’t the most athletically gifted player, he has an extremely high basketball IQ and it seems that the game on offense comes to him with ease. He is averaging around 26 points, 11 rebounds, and 9 assists per game. It is extremely rare to see a player that is 7 feet tall be that good of a passer. We have never seen a big man in the game with his playmaking ability. To further his case, even more, his star teammate, Jamal Murray, went down with an injury that ended his season, but Jokic has been able to keep the Nuggets afloat and have them firmly into the playoffs. Also, Jokic has been able to stay injury-free so far this season which has been very crucial.

The next candidate is another big man. It is Joel Embiid who is the Center for the Philadelphia 76ers. Before Embiid had a knee injury that sidelined him for about 3 weeks, he was the clear favorite to win this award. Because of the missed time that he had, it allowed Jokic to become the favorite. Now with Embiid healthy again, he is making it known that it is his award to win. Embiid is averaging about 30 points, 11 rebounds, and 3 assists per game while leading the 76ers to the number 1 seed in the Eastern Conference. With all of the great shooters in the NBA in recent years, there hasn’t been much dominant post play. Embiid and Jokic have certainly made the 2021 season the year of the big man with their great play.

“Whenever I am watching a Sixers game it feels like Embiid is controlling the game on both ends of the floor. On offense, he can always get to his post-game, but if the defense overplays it then he also has a lethal mid-range game. I also don’t think that Embiid’s defense gets talked about enough. He is one of the best rim protectors in the game and he can switch out onto guards. To me Embiid is the easy choice or MVP,” Belovich said.

After going on a complete tear over the past couple of weeks it was impossible to leave Stephen Curry off of this list. Curry is leading the NBA in scoring this season at about 31 points per game, while also getting about 6 rebounds and 6 assists per game. Over the past few weeks, Curry has put up multiple games of at least 40 points, including scoring 53 in a win over the Nuggets and 49 in a win over the 76ers. With Klay Thompson out for the season, Curry doesn’t have that much other help on his Warriors team. He is single handedly leading them into the playoff picture.

“While it is very important to be on one of the top teams in the NBA in order to win MVP, the fact that Curry has this Warriors team in the playoff picture is amazing. He is surrounded by very little talent, and he puts on a show every night. He is also leading the NBA in scoring which should also be highly considered,” Calhoun said.

Those are the top 3 guys on the MVP watch list as we stand right now, but a lot can still happen as we wind down to the end of the regular season.