Cross country returns to near pre-pandemic conditions for fall season 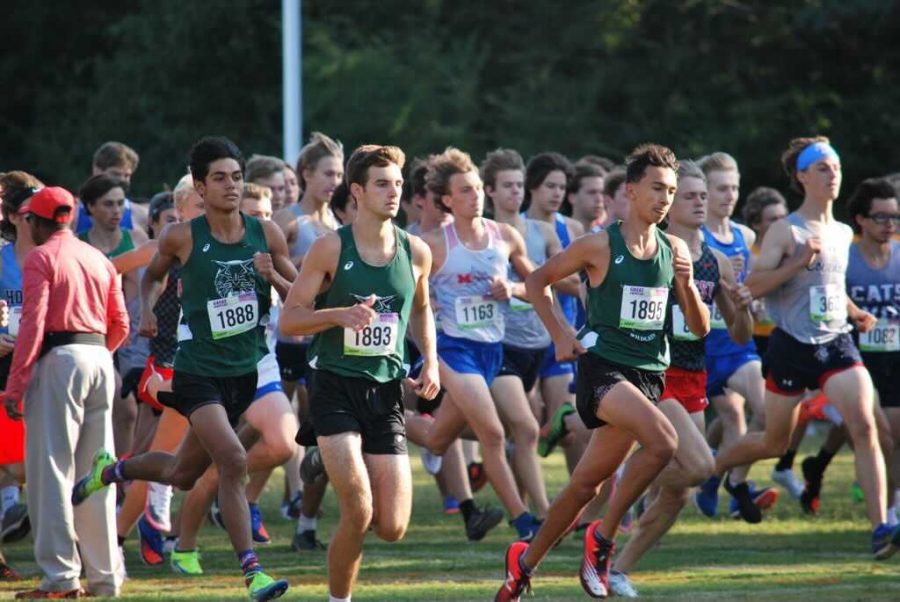 Cross country competes at a meet in North Carolina. This is the first travel meet for the team since before the pandemic.

Athletics at WJ faced challenges through the pandemic, like having to deal with a lack of practices in a virtual environment while still maintaining a team’s fitness and performance. Cross country has dealt with these circumstances and is now back to a somewhat normal experience with the return of in person school.

At the beginning of the pandemic, some people on the cross country team expressed a frustration similar to that held by many at that time.

“We were really bummed out because COVID meant we weren’t going to be able to have any races for outdoor track which was what we were doing at that season so that was really sad,” junior Matthew Uhl said.

Once MCPS rolled out its plan for virtual sports, cross country had team Zoom meetings, but those meetings weren’t directly related to cross country.

“We held regular meetings and we discussed different topics that had to do with mental health and safety in a pandemic really wasn’t athletics oriented it was more about mental health really,” cross country coach Thomas Martin said.

During this time, many cross country runners ran among themselves since practices weren’t happening.

Junior Georgia Myers decided that was the best way to train.

“Me and a group of my friends would run together in the neighborhood,” Myers said.

Martin says that some students actually got an advantage from practicing during this time because they had a longer macro cycle of training. Nonetheless, Martin points out that a major aspect of running with a team was lost with the pandemic.

”It was apparent to me at that time how desperately not just my athletes but all students needed to have that social interaction because they were very awkward even though they all knew each other,” Martin said. “Of course within a day or two they were fine and once I saw the relief on their faces from being able to interact with other students, to me that was amazing.”

“It is fun to see them [my teammates] in person at school,” Myers said.

Uhl also looks forward to seeing his teammates again as well as improving his times in cross country.

“I’m looking forward to really getting fast times in races and being able to hang out with the team and form a connection with my teammates,”

Martin expresses his happiness from seeing his team work together in person again.

“It was awesome. I knew these guys were finally getting to have fun and enjoy themselves so to me that was satisfying to be able to give them that,” Martin said.