As October Cools Down, MLB Postseason Heats Up 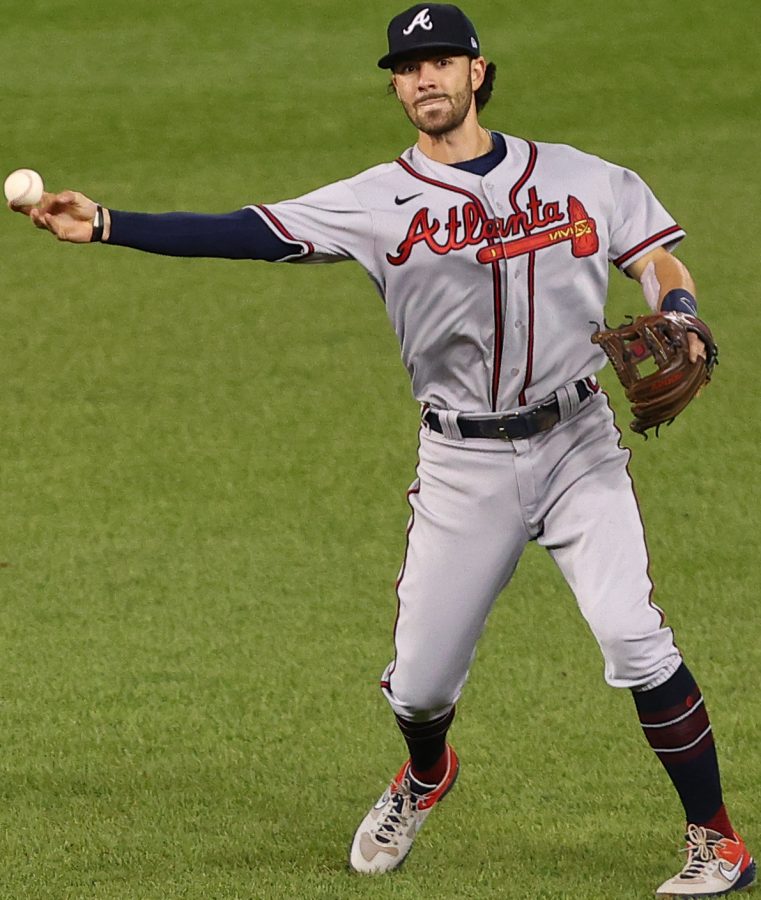 Shortstop Dansby Swanson of the Atlanta Braves fields a ground ball. Swanson has played a key role in Atlanta's surprise run to the NLCS this year both in the field and at the plate.

Coming off of an abbreviated 2020 season, players and franchises around Major League Baseball have been eager to compete in a season unthwarted by COVID. Just last year, the league was tasked with completing a 60 game schedule that included a playoff “bubble”, all the while crowning a World Series champion as if it were any other year.

The average 162 game year is wildly unpredictable – managers must deal with a variety of injuries, trades, and seemingly impossible in-game decisions all in an attempt at making the postseason. Last year, this experience was cut short immensely, essentially becoming a sprint to a 60 game finish line.

The return to a full season has been a rollercoaster of ups and downs. In 2021, the league’s best record belongs to the San Francisco Giants; last year, they went an unimpressive 29-31, good for a third place finish in their division.

On the other hand, the 2020 National League Central champion Cubs finished 20 games below .500, were one of the first teams eliminated from playoff contention and had the seventh worst record in all of baseball.

This year, the real drama was in the hands of the AL wild card race. The New York Yankees, Boston Red Sox, Seattle Mariners and Toronto Blue Jays were all within two games of one another as the season dwindled to an end. It’s odd that three teams from a single division had a chance at making the playoffs (Yankees, Red Sox, Blue Jays) by means of the wild card, and it was even more rare that a four-way tie was possible. Senior Sam Grande knows all too well of this – his team, the Yankees, faced harsh scrutiny all year for their underperformance.

“With all the money we’ve spent, it’s a shame that we almost missed the playoffs,” Grande said. “This team should be fighting for a championship ring, not a participation trophy.”

A team that stood out was the Mariners. Seattle still hasn’t seen their ballclub reach the playoffs since 2001, which is the longest drought of any team across the four major sports. The Mariners are also the only franchise in MLB history to have never made a World Series appearance. To close the season, Seattle was on fire, winning ten of their last eleven. Sophomore TJ Richardell had been rooting for Seattle all season, and although they missed the playoffs, he is optimistic about the future.

“There was no better thrill than rooting for the underdog,” Richardell said. “We’ll be back and better than ever in 2022.”

One of Seattle’s top competitors in the wild-card was the Boston Red Sox, who were in town last weekend for a series against the Nationals. It was a crucial three game set for Boston, who struggled since the All-Star break after leading the AL East for a good chunk of the year. Junior Jake Sher, a loyal Nationals fan, hoped to see his team play spoiler.

“I personally don’t like Boston sports teams,” Sher said. “I wish the Nats had brought out the brooms in the season finale and kept the Sox out of the playoffs.”

The 2021 postseason is now off to a hot start. In the national league, the red hot St. Louis Cardinals traveled to face the defending World Champion Los Angeles Dodgers in a one game wild card. A walk off home run in the bottom of the 9th squeezed the 106-win Dodgers into the divisional round. LA proceeded to defeat number one San Francisco on the road in five games, with Atlanta Braves edging out the Milwaukee Brewers in only four. LA will now take on Atlanta in the NLCS.

In the American League, we witnessed a historic rivalry in the wild card with the Boston Red Sox squaring off against the New York Yankees at the century-old Fenway Park. After taking an early first inning lead against ace Gerrit Cole, Boston never slowed down, topping their rival 6-2. The Sox then faced the AL best Tampa Bay Rays, beating them in games three and four with late-inning walk offs. In the other divisional round matchup, the third seeded Chicago White Sox took a game versus the Houston Astros but lost the series in four. The 2021 ALCS will be a 2018 rematch between the Red Sox and the Astros.

Following an unpredictable set of divisional round games only one thing is certain as we head into the championship series; the remainder of the MLB playoffs are gonna be exciting.