Track Sets to Make Nationals Third Season in a Row 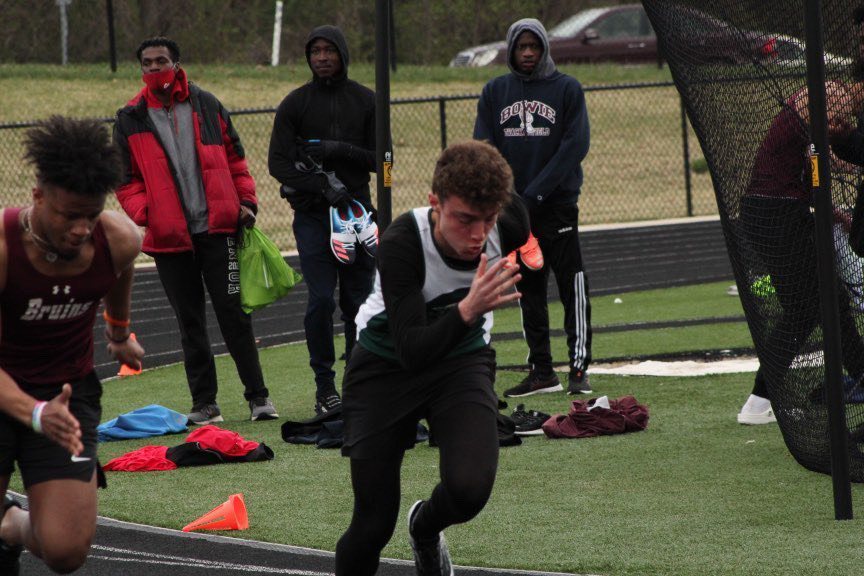 Sprinter Itay Yanay heads off with an explosive start to the 100-meter race. Yanay has been improving every meet this season.

The goal is Oregon for WJ track. As of late, WJ has been tremendous in the sport of track, having many people make states and even a select few going all the way to Nationals.

There are many sections to spring track and WJ is strong in every aspect. WJ is extremely talented in the 4×100 and 4×200 relay, making nationals in the spring of 2021 and winter of 2022.

WJ has a very diverse track program with talent in every section.

“We have so many new people contributing to the team in different ways. A lot of people have stepped up and that has allowed our team to be filled out in different events,” senior Lucas Boiteux said.

The sprinters really only have two goals advancing into the spring season.

The long-distance team is also full of star power, one runner is Andrew Schell who won indoor nationals in the two-mile run.

WJ hosted RM during their first meet of the spring season on Tuesday, Mar. 22. It was a strong atmosphere and a beautiful day for the start of a long season ahead.

Junior Quentin Williams, senior Lucas Boiteux and Ibarra all tied in the 100 meter with a time of 11.42. It was a strong showing by the three sprinters, who recently came back from WInter nationals a few weeks ago.

The male sprinters were not the only section with a great performance on Tuesday. All of WJ had good performances, winning both the male and female competitions.

“The meet was amazing for everyone and we had new people to the team put up great times in their first meet. The boys and girls will all continue to work hard and progress as the season moves forward,” Williams said.

The girl’s team had a great meet and there were contributors from all over the track. Ranging from short distance to long distance the girls had a great performance with the result of opening the season with a victory.

“The first meet was a great environment and everyone was supportive of each other. It was nice to come out with a great team victory in the season debut,” junior Maggie Menard said.

WJ track had its second meet of the season on Saturday, Mar. 26. This was an invitational, so times were only individually reported.

It was hard to run for all athletes because of the terrible climate. The weather ranged from cold to rainy and then it even started to snow.

“Despite the bad weather, there were a lot of great times and personal bests. So far this season has started off well and it’s looking to be a really good season,” Schell said.