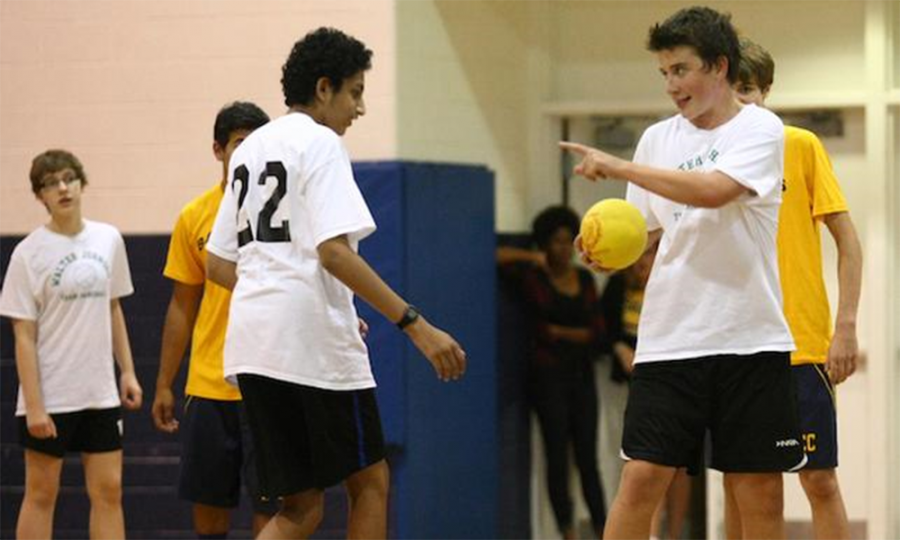 Even though they have not had any games, the WJ handball team has hit the court running. The team has had a couple of practices and is looking forward to the season commencing soon.  The handball team at WJ has not been around for long. In fact, handball was only added to MCPS in the fall of 2012, replacing unified track and field.

The Cats are comprised of a range coed athletes from freshmen to seniors.  One freshman, Justin Zimmer, is excited to begin playing in his first season on the team.  While Zimmer does not know exactly what position(s) he will play, he is mainly happy to be around a great group of teammates and leaders.  The team will look towards the senior captains to lead by play, example, and sportsmanship.

Though only two years old at WJ, the team has embraced the competitive status as much as any other school team and hopes to compete in every game this year.  Zimmer would love to be able to be a force in the county this season.

“I think we have a competitive team. I think that we have one of the finest teams in the county and need to go out there and compete as best we can,” Zimmer said.

One aspect is true, this team is ready to get out on the court with pride in their play and compete at all times in every game.