Boys’ cross country on the run to states 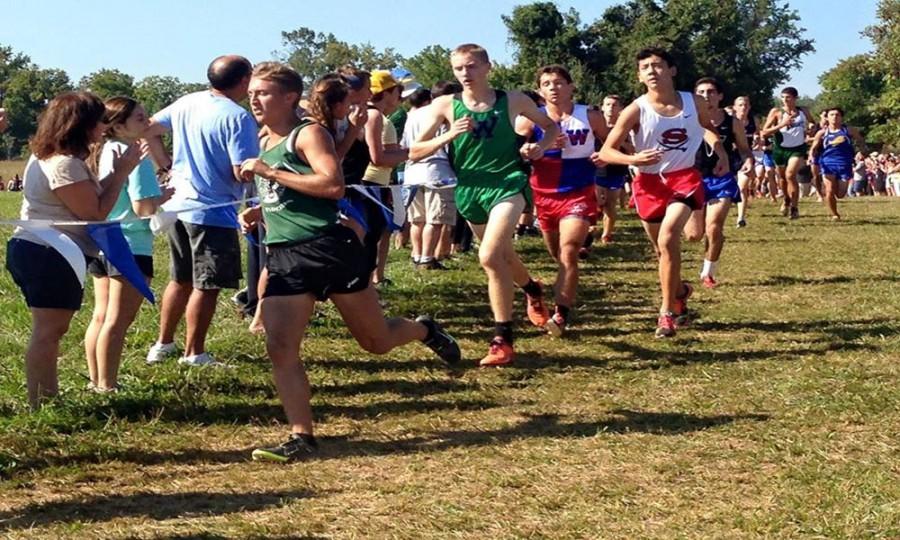 Senior runner Carter May leads the pack in an earlier meet.

The Boys’ Cross Country team is looking for another strong campaign in the 2015 season.  After a successful 2014 season, the boys will have to step it up after losing four key seniors, Itai Bezherano, JP Burklow, Sam Hayden and Ben Resnik. The team will look towards seniors Carter May and Shashank Narayan, along with sophomore standout Saahr Edouard to pick up some of the lost production this fall.

According to senior Patrick Winter, the goal for the team this year is simple.

“We are hoping to finish in the top three or four at states,” Winter said, “and finish ahead of every team in our county.”

The season started off slow with a loss to Bethesda-Chevy Chase High School in a head-to-head match on September 15. WJ’s division proves to be tough this year as always, including not only B-CC, but also last year’s regional champion, Walt Whitman. The Wildcats also face-off against Richard Montgomery and Albert Einstein.

“Our biggest competition in the county this year will definitely be B-CC,” Winter said.

The team will travel around the DMV, and will also make a trip to the Bronx, New York in the Manhattan Invitational. The team’s main focus continues to be on the regional championships at Clarksburg and the state finals at Hereford High School, where the team hopes to end the season on a good note.