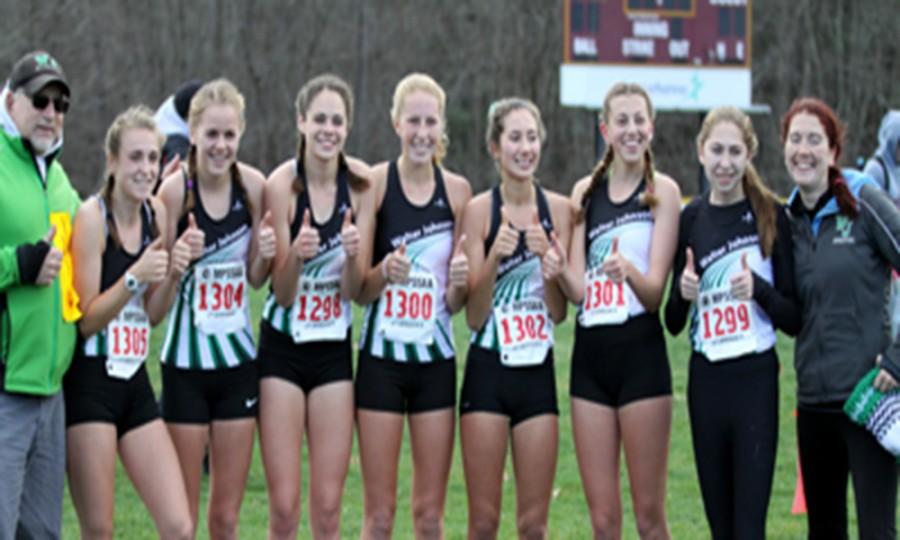 On Saturday, Nov. 14 at Hereford High School in Hereford, Maryland, the WJ girls cross country team ran their way to their third consecutive state championship. All five of the girls in the race were able to finish in twenty-first place or better.

“It was a great race by all of our girls, I’m very proud of them,” coach Tom Martin said.

Sophomore Abby Green has been a top runner for the team all year long and finished second in the 4A girls championship with a time of 18 minutes and 59 seconds. Senior Emily Murphy finished fifth, junior Katriane Kirsch finished sixteenth, senior Jasmine Garrett finished eighteenth and sophomore Sadie Keller finished twenty-first.

“It was a great way to end our season,” Garrett said.

The boys team was able to finish sixth overall in the state. Senior Carter May led the charge, finishing twenty-fourth overall with a time of 17 minutes and 6 seconds.  The other top racers were seniors Patrick Winter, Daniel Singer, Kevin O’Leary, and sophomore Saahr Edouard, who finished thirty-sixth, forty-ninth, sixty-second and sixty-fourth, respectively.

“We ran to the best of our abilities, and we are happy with our finish,” Winter said.

WJ cross country has proven to be a dominant force in Maryland for many years. The girls team will be top contenders next year as well, with key runners Abby Green, Katriane Kirsch and Sadie Keller returning. The boys team will look for new runners to emerge as five key seniors will graduate this spring, leaving the program in the hands of the underclassmen from this year.