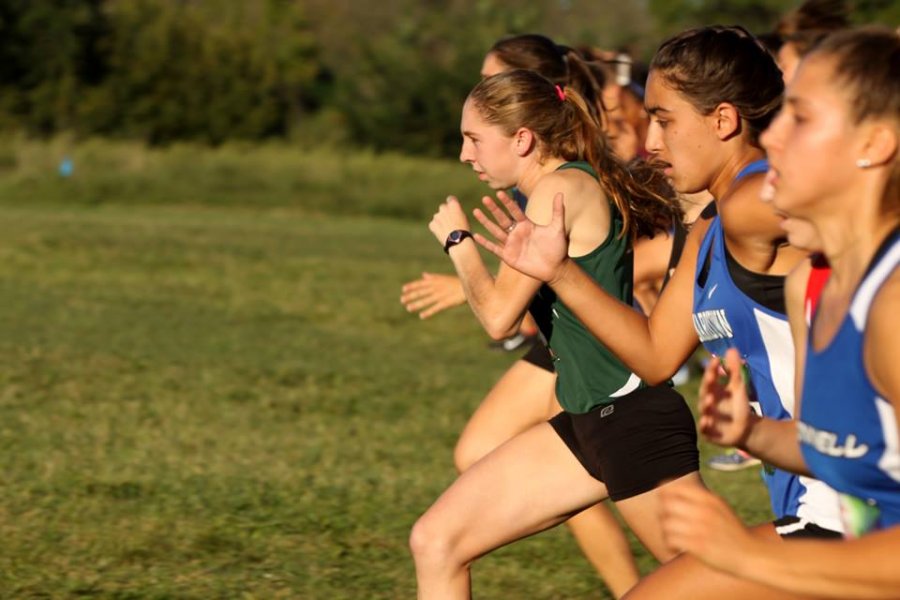 The Walter Johnson cross country season is now in full stride. In the past two weeks WJ has had four meets, including two invitational meets.

On September 16, cross country traveled to Leesburg, VA to compete in the Oatlands Invitational- a meet featuring some of the best teams in the nation. At this extremely competitive meet, the boys finished 34 out of 49 and the girls team finished 10 out of 30.

WJ rode their momentum from this meet into the DCXC invitational, a prestigious meet for schools in the DC-metro area. At this meet, the cross country team team represented WJ well. Senior Will Moulec and junior Rodrigo Lopez both ran terrific races, nearly breaking the 17 minute barrier for a 5K. They ran 17:00 and 17:07 respectively. In the girls race, senior Abbey Green finished 2nd overall and led the girls team finishing first among all the schools.

Moulec is very proud of the way the team has been running over the past week.

“We surprised a lot of teams that underestimated us. We also got a lot of personal bests,” Moulec said.

Most recently, WJ competed in a tri-meet against Richard Montgomery (RM) and Einstein. Keeping up with their recent success, the girls were able to defeat both schools with an average 5K time of 20 mins and 32 seconds.

The boys were not as fortunate. Despite their recent success, the boys lost to both RM and Einstein. Plagued by injuries, the boys team only had two of their usual top seven finish the race.

“Injuries have allowed other kids to step up into bigger roles on the team. We had a freshman in the top five and numerous kids in the top seven who wouldn’t have otherwise been there. This allows these young runners to gain experience which will help the team in the future,” Martin said.

The Wildcats next race will be the Glory Days Invitational on October 7 in Manassas, VA.