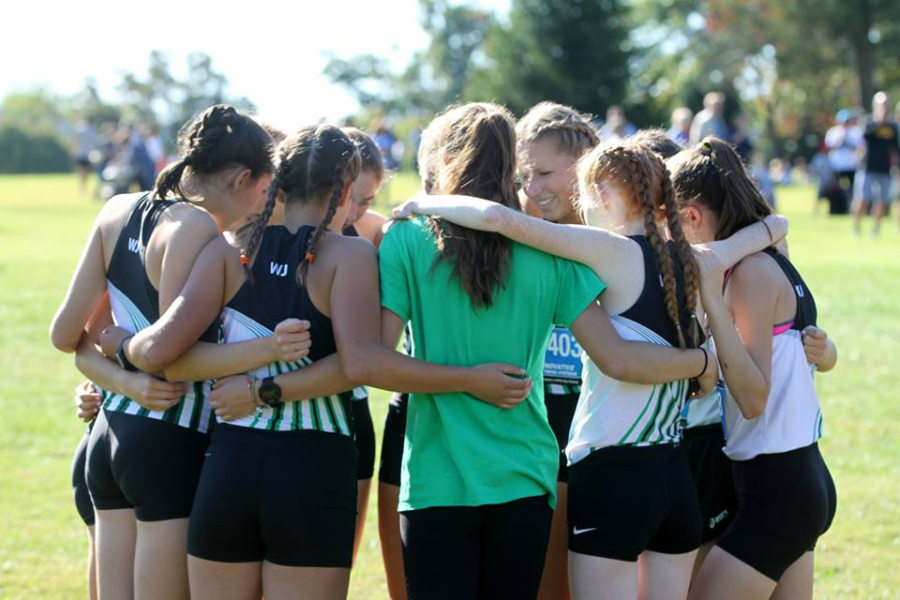 It was a big weekend for the WJ cross country team as they started their journey to the state championship. On, October 21, they competed in the MCPS county championships. The race took place at Bohrer Park in Gaithersburg, MD.

The WJ girls’ won their fourth straight county championship, thanks in large part to seniors Abbey Green and Janet Scott. Green won her third straight individual county championship with a time of 17:57.2. Scott ran a tremendous race, finishing in second place, only behind Green. This is a very important achievement for the girls’s team as they are hoping to win their fifth straight state championship.

“We’re all really happy after the meet. It was our fourth win in a row and it’s something I think all the girls are really proud of,” Scott said, “[but] we can never be too cocky because there are some amazing runners in our area, but I feel like the girls are feeling pretty good going into the regional meet.”

It may seem difficult for the girls to improve off of their spectacular performance in the county championship, but coach Thomas Martin sees room for improvement.

“Over the next week we can get a little stronger; however, the main goal is to maintain our focus and stay healthy,” Martin said.

The boys’ team finished 14 out of 25 schools in the county championship. While the team didn’t do as well as they had hoped, WJ’s top seven finishers in this race will be moving onto the regional championship. Of the seven moving on, WJ has three seniors, William Moulec, Jackson May and Owen Hananel, along with two juniors and two sophomores.

“Both teams are very close in points [to us], so with strong races we will be able to secure a spot [in the state meet],” May said.

Coach Martin also has a very optimistic approach in regards to the boys’ chances on making the state meet.

“With the work we’re doing right now, I think they have a very good chance,” Martin said.

For a lot of seniors, however, this was the last race of their cross country career. Only the top seven boys and girls will be advancing to the regional championship. This year, WJ had a robust senior class with 10 senior boys and 8 senior girls competing in the county championship. Next year, WJ will be missing a big chunk of their team who will be hard to replace.

Senior Kevin Good says he will cherish his cross country experience for the rest of his life.

“I’m going to miss all of my cross country friends and coaches, but I feel like the lessons of working hard and patience that I’ve learned will help me later in life,” Good said.

The 4A West Regional Meet will be on November 2, at Watkins Mill High School.