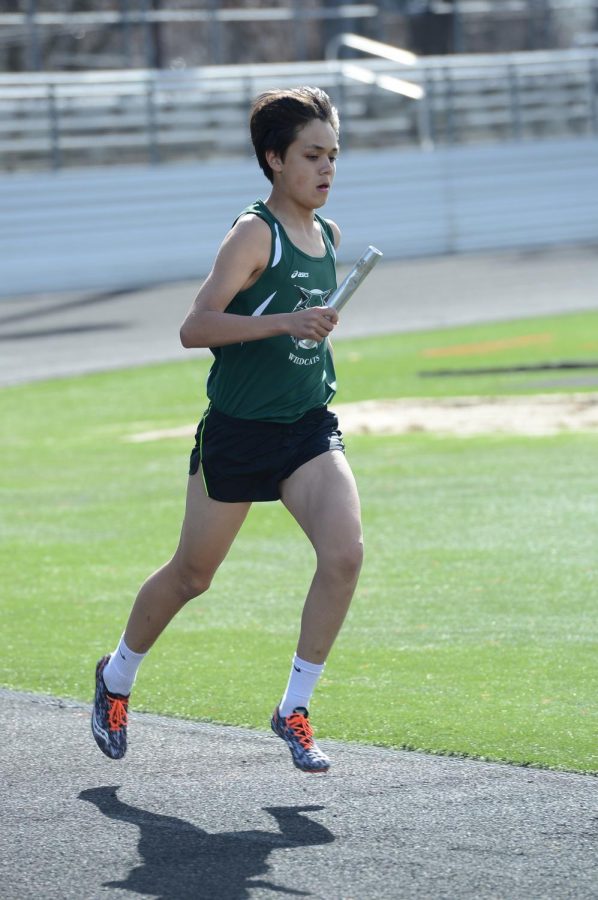 Senior Will Moulec runs a relay during a meet. Moulec and the team had a solid indoor season. Photo courtesy of Lifetouch studios.

In the fall, WJ girls cross country won states.  They followed that success up with an indoor track state title and will now look to do so for the spring season.  With the roster that they have, they certainly have a good chance for more triumph.

Senior and Virginia commit, Abigail Green, will lead the talented group.  Green had a great indoor season, finishing second in the state in the 800 meter run and first in both the one mile and two mile races.  But the team has plenty of depth beyond Green. Freshman Ella Gaul also had a great winter season, finishing third in the state in the 1 mile run.  Senior Janet Scott and sophomore Jenna Goldberg round out the standout group of long distance runners. Scott was the fourth fastest two mile runner in the state, and Goldberg was the tenth fastest for the same event.

Leading the sprinters will be junior Erin Henderson, who finished sixth in the state in the 55 meter dash during the indoor season.

Boys running hasn’t been quite as memorable this year, but they too have a good mix of long distance runners and sprinters.

Senior Alexander Schmidt is the team’s best sprinter.  He finished the indoor season tenth in the state in the 300 meter dash.  Junior Dillon Solario and freshman Arun Sen will support him and are capable of running many different sprint events.

The long distance team has a lot of depth and will be lead by seniors William Moulec and Sean Murphy, with junior Rodrigo Yepez-Lopez and sophomores Jake Marks and Seth Bangser rounding out the group.  The success of these runners will set the pace for the boys’ season.

“I’m expecting the team to build off the success we’ve had so far this year,” sophomore Seth Bangser said.