The new age of sports viewership 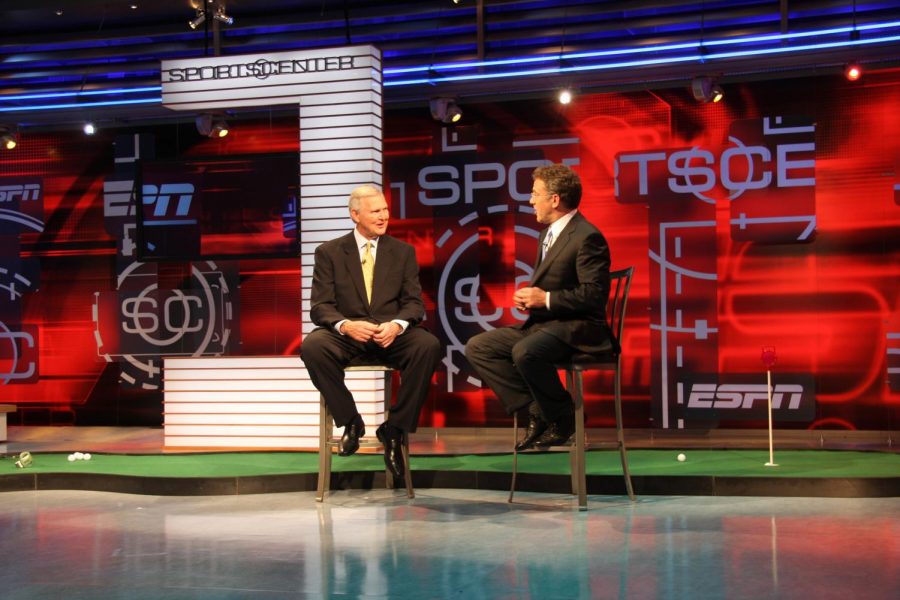 ESPN anchors debate current topics in sports. More and more people now have access to sports coverage via television and the internet.

Cable television has long been on the decline, thanks in part to a demand for less wires and an increase in streaming services for movies and TV shows like Netflix and Hulu. With movies and TV shows so readily available, the amount of people still feeling the need for cable TV has severely dropped. However, the one thing still readily watched on cable television is sports, but even that might be changing. With the additions of new streaming services like ESPN+, MLB.tv and NBA League Pass, it has become cheaper and easier to stream live sports rather than watching them from cable.

Millions of people are now streaming sports instead of watching them on cable television and although one might expect this to mean bad news for major companies like Verizon or Dish, the reality is that it’s not. These companies are also wi-fi and telephone service providers, among other things, so they make money either way from everything else they provide. This means that streaming sports isn’t always bad.

While it might take away from cable companies, sports streaming saves people money, time and still gives anyone who wants to watch sports the same result. Face it, cable TV, streaming sports is easier and more cost-effective and frankly it’s the better option. Furthermore, if you just want to try it and see if streaming sports is worth the money, most of the streaming services offer free trials. ESPN+ has a 7-day free trial before being able to purchase it for only $4.99 a month. ESPN+ gives you access to most games and shows, so paying $4.99 a month instead of getting a sports package from Verizon for $14 a month.

“I think streaming sports is more efficient and better because it allows people to watch sports anywhere they want for a cheaper price,” sophomore Austin Mucchetti said.

After careful consideration, my advice to everyone is to at least try streaming sports, even just for a little. It saves money, time and effort, and is just the same as watching it on cable. So why not?