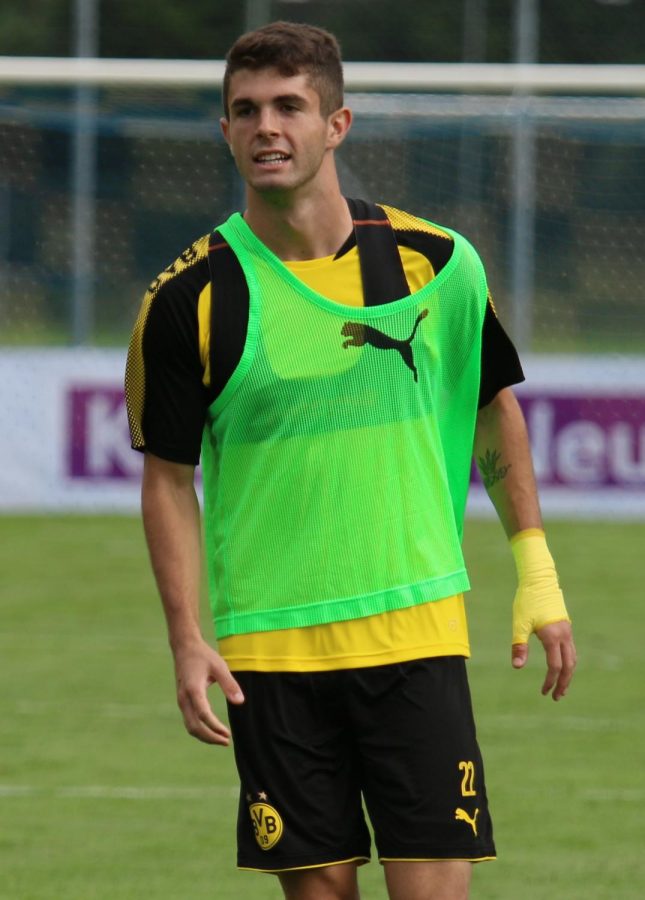 For months, speculation surrounded American winger Christian Pulisic on a possible move to the Premier League, with English giants Chelsea and Liverpool keen on signing the 20 year-old star. Finally on January 2, the day after the winter transfer window opened, Pulisic made his big money move to Chelsea F.C. for $73 million. He will join the team this summer after finishing the season in Germany with his current club, Borussia Dortmund. Questions over his fit on the team and adapting to a new league spurred controversy on whether Chelsea made the right move by signing Pulisic.

“With Eden Hazard once again flirting with a move to Real Madrid, and both Pedro (31) and Willian (30) now in their thirties, the Blues could do with adding an exciting young winger to their squad,” Chelsea correspondent Nizaar Kinsella said.

This is where Pulisic fits in perfectly. He has incredible potential, and at the age of 20 he will have time to develop and thrive under manager Maurizio Sarri. Most American soccer fans are also happy about the move for Pulisic, with it being great for his development.

“American soccer fans should rejoice at Pulisic’s transfer to Chelsea. He will be Chelsea’s number one attacker on the right hand side, and Pulisic no longer has to compete with Jadon Sancho for playing time at Dortmund, which will help him grow as a player,” junior David Tuszynski said.

Pulisic’s transfer to Chelsea not only helps the club, but will help the United States National Team as well. He will develop as a player much quicker with Chelsea giving him more playing time and better training facilities. With this development Pulisic’s will hopefully be able to lead the national team back to the World Cup in 2022.

However, not all fans see the upside with Pulisic move to Chelsea.

“As a long time Chelsea fan, I don’t think that Christian Pulisic is a [good] enough player to sign for a club like Chelsea. Despite the rumors of Eden Hazard leaving for Real Madrid, he will not have the same effect on Chelsea the way Hazard does. So I think it’s a poor signing for the club,” senior Makel Rasheed said.

Although Pulisic isn’t the same quality as Chelsea’s current star Eden Hazard, he can get there. When Hazard came to Chelsea in 2012, he was a young winger with high upside who was brought over to replace the outgoing superstar Didier Drogba. At first Hazard didn’t produce as much as Drogba, but as the seasons went on with more playing time and development as a player, Hazard blossomed into one of the English Premier League’s (EPL) brightest stars. Pulisic could have a similar path; he will get to play in the best league in the world, and have the same opportunities as Hazard did when coming over in 2012.

This move is great for all parties involved. Chelsea gets their young winger with the potential to be a superstar with Christian Pulisic. Pulisic will be able to develop at one of the biggest clubs in Europe in the toughest league in the world with substantial playing time.