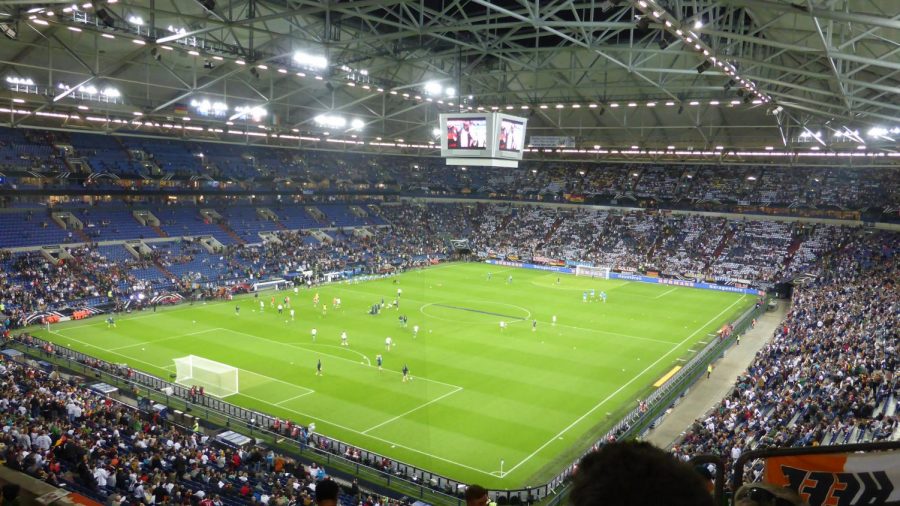 As the season has progressed; so has the Champions League, which is down to eight teams. There have been upsets and comebacks such as Manchester United downing PSG, or Juventus coming back against Atletico. There has also been domination from teams such as Barcelona, Liverpool and Machester City, teams that many people are not surprised to see this late in the game. There’s also the outlier, Porto after their win against Roma find themselves in the Quarterfinals as well. With exciting matches betwen top-class teams, moving on will be a tough challenge.

The Harry Kane lead Tottenham Hotspur have been nothing but brilliant thus far in the Champions League. After a dominant win over Borrusia Dortmund in the Round of 16, Tottenham have proven themselves as a strong force that could potentially take the title. Manchester City on the other hand have already won trophies this year and are in the running for yet another one. The defending Premier League champs have seen Tottenham this season; however, Champions league Tottenham is on another level. This will be a close match for City; opposite of what they saw last time out against Schalke. The clincher in this game will be the away goals. A closely contested match will see little scoring which means that every goal, especially those away, are vital to each team’s success.

Prediction: Manchester City has too many offensive weapons which will lift them over Tottenham; however, expect some good play from both teams in this heavyweight fight.

Since the beginning of the season, Liverpool have become prime title contenders in the Premier League due to their dominant play. This play has carried over into the Champions League and after a win against Bayern Munich, Liverpool are once again in the Quarterfinals. Porto has had an impressive season as well not only in the Champions league but in the Primeira Liga in which they are a title contender. This will be a big test for the club who will be seeing much more talent then they did against Roma.

Prediction: Liverpool are too much. Mo Salah and Sadio Mane are offensive weapons who’s unfamiliarity to Porto will boost them in goalscoring; meanwhile, Van Dijk on the defensive end will be a wall against Porto. Liverpool is simply too much, expect them to breeze past this round.

The drama this season has undoubtedly been with the Red Devils. After a shaky start and sacking of former head coach Jose Mourinhio, the season seemed lost. That was until Ole Gunnar Solskjaer stepped in, leading Machester United back into the Premier League top four and into the Champions League finals after impressive play from Paul Pogba lifted them past PSG in an amazing comeback. For Messi and Barcelona, it was business as usual as they comfortably made their way to the Quarterfinals, passing Lyon with ease. The key for Manchester United will not only be to shutdown Messi, but they will need to take advantage of their opportunities. They will likely not get many shots against the La Liga giants and when they do they need to capitalize.

Prediction: Barcelona is a power house and stopping them this season has been a struggle for most teams. In the Champions League, Barcelona has shown efficiency and intensity that Manchester United will have a hard time matching. Expect for Barcelona to put up strong performances in the match-ups ahead.

Ever since Ronaldo has joined; the hype surrounding Juventus has increased, and rightly so as the Italian giants find themselves atop Series A yet again, and now in the Champions League Quarterfinals. However, a recent injury makes Ronaldo questionable in this matchup. Ajax has shown their talent as well this season and after defeating three-time defending champion Real Madrid, they are looking like a threat as well. With great young talent, this team could pose a real challenge to Juventus.

Prediction: Juventus has been a determined team with Ronaldo this season. The manner in which they came back against Atletico proved that they weren’t going anywhere. However, without Ronaldo, Ajax can really take advantage. A big night in Turin will propel Juventus to the next round, but they should still expect a fight from Ajax.