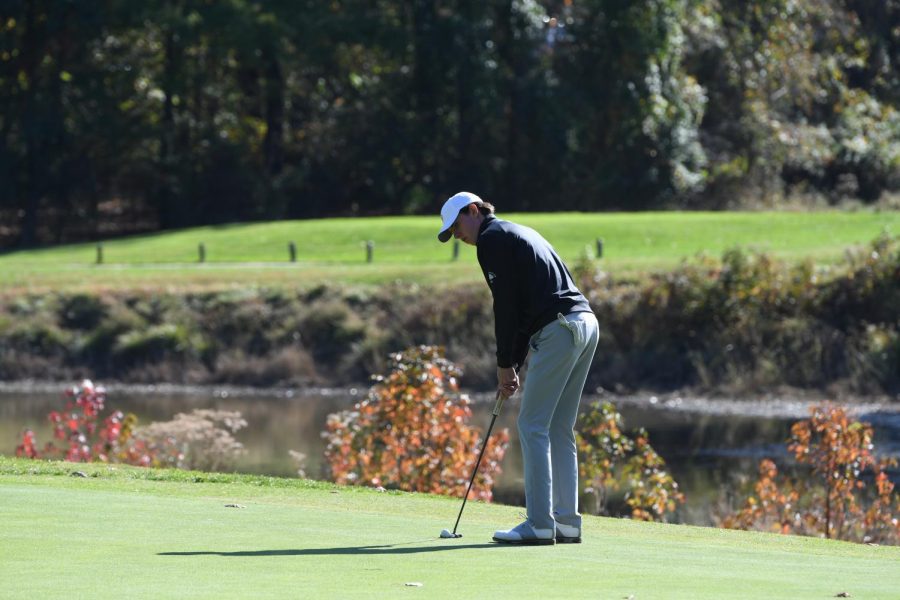 For the first time in history, the individual golf state championship belongs to WJ. On Monday, November 4, WJ junior Jake Griffin became the best high school golfer in Maryland. After he finished with the second highest average of all golfers during the regular season and then finished first at the district championships, Griffin made it official and won the state championships with a total score of 71 shots.

From the moment he took his first shot on the WJ golf team, Griffin has been the star. In his freshman year, he finished 11th at states and followed it up with a 6th place finish last year. He put it all together this year and dominated the entire season.

“I’ve come close to winning states the last two years and I’m glad I was able to get it done this year,” Griffin said.

By winning states, Griffin wrote himself into the WJ history books as the first golfer to win the individual state championship.

“It was so impressive seeing Jake win the state tournament because he had been so close the past two years, so it was awesome to see him get the job done and take home WJ’s first individual state title,” senior captain Owen Porter said.

Griffin ended the first day of states with a score of 71, only one stroke behind senior Dugan McCabe from Walt Whitman for first place. On the second day, however, Griffin could not be stopped. He finished with 70 strokes, which won him the championship by just one shot.

The tension of how close it was could easily affect any athlete, but Griffin isn’t just any other athlete.

“I wasn’t nervous…I just stayed in the moment and didn’t focus on winning, I was just trying to play the best I could,” Griffin said.

Griffin’s group on the second day consisted of the leaders through the first day, only adding to the pressure. However, Griffin performed as only the best can and outplayed the competition.

“He deserves a lot of credit for keeping his nerve,” coach Tom Wheeler said,“he’s special. My job is to not mess him up.”

Not only did Griffin just prove himself as the best golfer in the state, but he still has one more year of high school golf. If Griffin goes back to states next year and wins back-to-back championships, he would become the first Maryland golfer this century to win consecutive state championships.