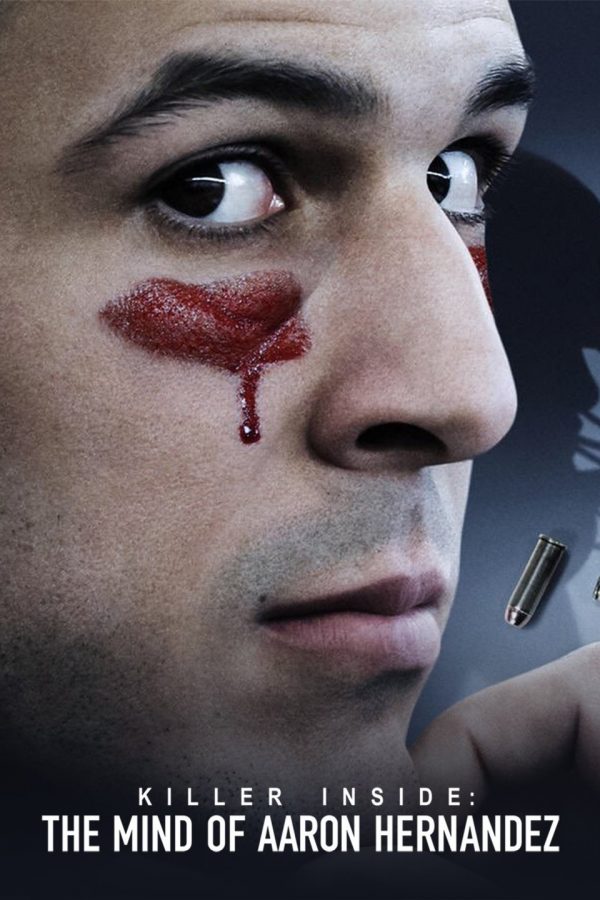 "Killer Inside: The Mind of Aaron Hernandez" recounts the story of the ex-NFL tight end's arrest, trial, and shocking death that gripped the sports world from 2013 to 2017.

Following their massive success with documentaries detailing famous figures from Kevin Hart to Ted Bundy, Netflix took the internet by storm once again with its most recent release, “Killer Inside: The Mind of Aaron Hernandez.” Featuring footage from his infamous trial and audio recordings from his stay in prison beforehand, the series immediately resonated with many who remembered watching the NFL tight end turned convicted murderer’s story unfold in real time just a few years ago.

The series wastes no time throwing viewers into the deep end, opening with a rapid montage of news clips, trial footage and other reports ranging from the discovery of the victim’s body to Hernandez’s shocking death in custody just over two years later.

This pace is continued as the episode progresses, both showcasing the facts of the case and revealing new testimony from a smattering of people related to Hernandez. Most notably, a former teammate and friend of Hernandez, Dennis SanSoucie, gives the show one of its most shocking moments, alleging he and Hernandez were romantically involved throughout most of their middle and high school years.

While certainly an unexpected injection, this moment has also caused the series to come under fire. Shortly after it’s release, allegations began to pop up accusing SanSoucie of fabricating his relationship with Hernandez. Some have even gone so far as to claim that SanSoucie wasn’t even the quarterback while Hernandez was playing, which if true, would contradict SanSoucie’s claim that their on-field relationship is what led them to experiment with in private. Yet, it wasn’t just fans who were skeptical, as even Hernandez’s lawyer has called out the series, saying the producers “lied to his face” in an Instagram caption he posted shortly after the series dropped.

As a result, the enjoyability of the series will vary depending on what you knew about the case beforehand. In all fairness, I would say the series is still an enjoyable watch for those looking to familiarize themselves with the case, as the episodes provide a solid overview of the story and several popular theories for why the athlete descended into crime. Although, for those already familiar with the case, the series marketed as helping viewers “discover the secrets” disappoints by failing to do exactly that. Of course, if the above claims are true however, it may be better to look elsewhere for info on the infamous case no matter where you stand.