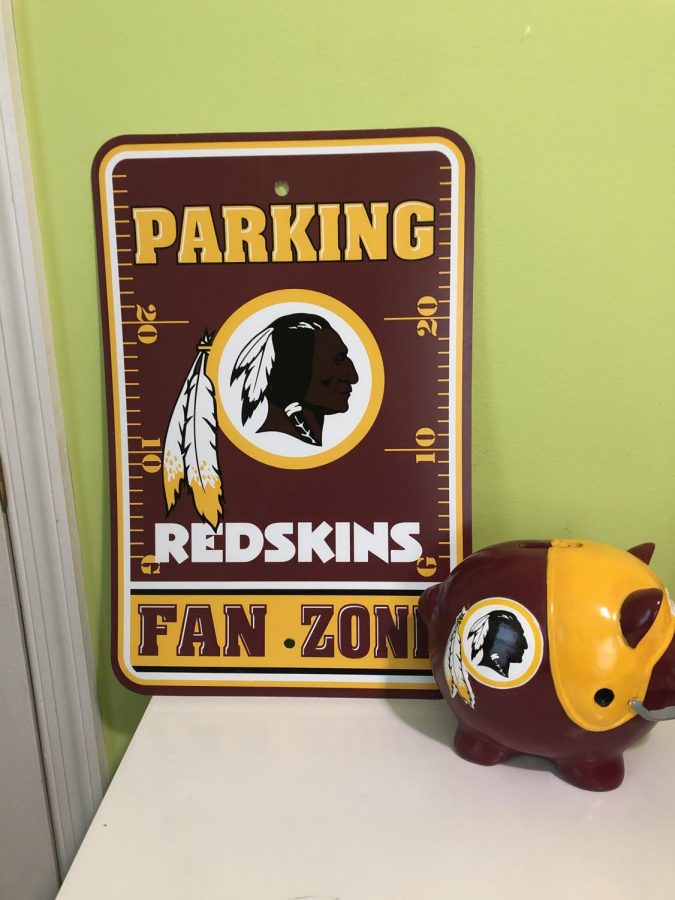 The Washington Redskins, one of the most rich and storied franchises in the history of sports, changed their controversial name and logo right before the start of the 2020-21 season. After years of backlash and debate, as well as outside influence and pressure from powerful sponsors such as FedEx, Nike and PepsiCo, the organization chose “Washington Football Team,” as an interim name before a permanent change.

It would be an understatement to say that Snyder’s ownership has been unstable. Despite the fact that Washington has only made five playoff appearances under Snyder, with an overall losing record and many coaches and quarterbacks coming in and out of the organization, the Redskins’ culture had become toxic.

Shortly before the Washington Football Team was chosen as the temporary name and the historic logo had been erased, a Washington Post article that surfaced, despised the front office and brought up many sexual harassment allegations and other scandals in the workplace. This article had sophomore Matt Uhl realizing that a new name would be coming.

“I’ve grown up in a Washington Football Team household, with my dad being a season ticket holder. There has been a lot of backlash and controversy over the years with this team, but after this particular article was published, I recognized that there was going to be a major change with this organization,” Uhl said.

The other part of change within the organization came with the hiring of two time coach of the year Ron Rivera who led the Carolina Panthers to a Super Bowl appearance in 2016. Under his nine-year tenure with the Panthers, Rivera had been known to have successful relationships with his players. But he is even more respected for how great of a person he is and his community work. Many thought he was perfectly equipped to deal with the shaky Washington culture, and most importantly to help revive the 3-13 team from 2019.

Senior Evan Calhoun was very pleased with the hiring of Rivera and is optimistic about Washington’s future.

“I have always been a huge fan of Rivera’s coaching style and attitude towards the game of football. This was the perfect hire for a Washington team that is coming off historically one of their worst seasons and are trying to establish a new culture,” Calhoun said.

With any sports team that relocates to a new city or changes their name, the jerseys and team gear with the old logos or names become affected as well. In the case of the Washington Football Team, the Native American logo that had been printed onto Redskins gear since 1971, has now turned into the letter “W.”

Sophomore Sean Blakeslee has been a fan of the Washington Football Team and owns shirts and jerseys with the old logo.

“I have one jersey and a couple shirts with the old logo, but wearing these after the name change might lead to some controversy. Wearing the old Redskins merchandise might be frowned upon, but I think most people will accept the fact that fans are wearing a piece of history,” Blakeslee said.

The start of the 2020-21 season for the Washington Football Team was memorable to say the least. Washington defeated the Philadelphia Eagles for Rivera’s first win as head coach, and the team’s first home opener victory since 2014.

The Washington franchise in the 21st century has been searching for success and consistency for a while now. Aside from the team’s performance on the field in the near future, changing the historic name and logo is helping to patch the previously shattered culture, as the organization seeks to regain respect.