Q&A with running back Aaron Jones 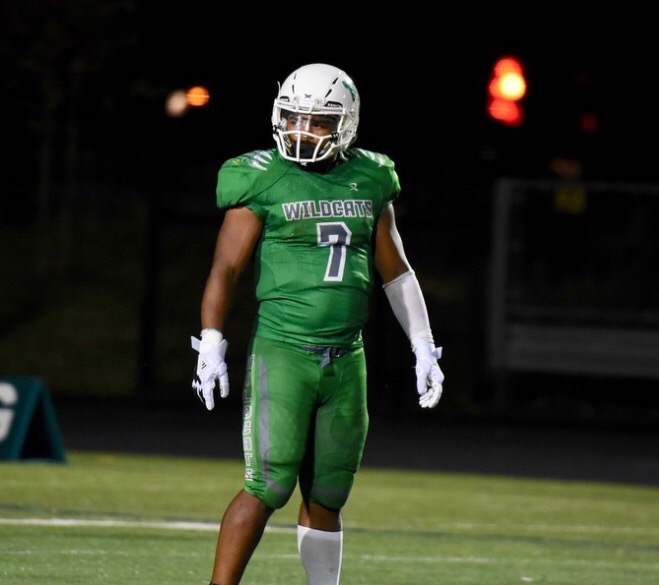 Jones waits in the backfield for the handoff from his quarterback. Jones will look to break more rushing records in the future.

Senior running back Aaron Jones transferred to WJ at the beginning of last school year, and made an immediate impact on the football program. After little success in recent years, the 2019 football season was one to remember for WJ, and Jones was a big reason why. He ran for 1,245 yards and had 14 touchdowns which propelled him to being selected as a member of the first team all county. Over the summer, Jones committed to play college football at Towson University, where he will look to repeat his success from high school.

A: “I started playing when I was seven years old because it was a thing within my family. Everybody in my family played a sport and I was always interested in football.”

Q: How have you been trying to stay ready for the football season during this time?

A: “Well, I’ve been doing the same things as if the pandemic never happened. I’ve been doing field stuff, lifting, all that. But I don’t know how much I am pushing myself because nobody is around pushing me and putting that little extra pressure on me.”

Q: What do you expect your role on the team to be this year?

A: “Being a leader and a role model for the team.”

Q: What are your expectations for the WJ team this year?

Q: What was the recruiting process like for you?

A: “It was quite a process. It started out really slow, but it sped up a whole lot once I got that first offer.”

Q: Was it hard deciding where you wanted to play or were you always interested in Towson?

A: “There was a process to deciding where I wanted to go, but I wouldn’t really call it a very hard decision.”

Q: Is there a certain player that you model your game or your play style after?

A: “No, not really, I just try my best to put a little bit of everything into my game.”

Q: What are your goals for football after you graduate from WJ?

Q: What has been your favorite part about being a part of the WJ football program?

A: “My favorite part was making history in many ways, not just winning the games, but the work we as a team put in together to achieve it.”