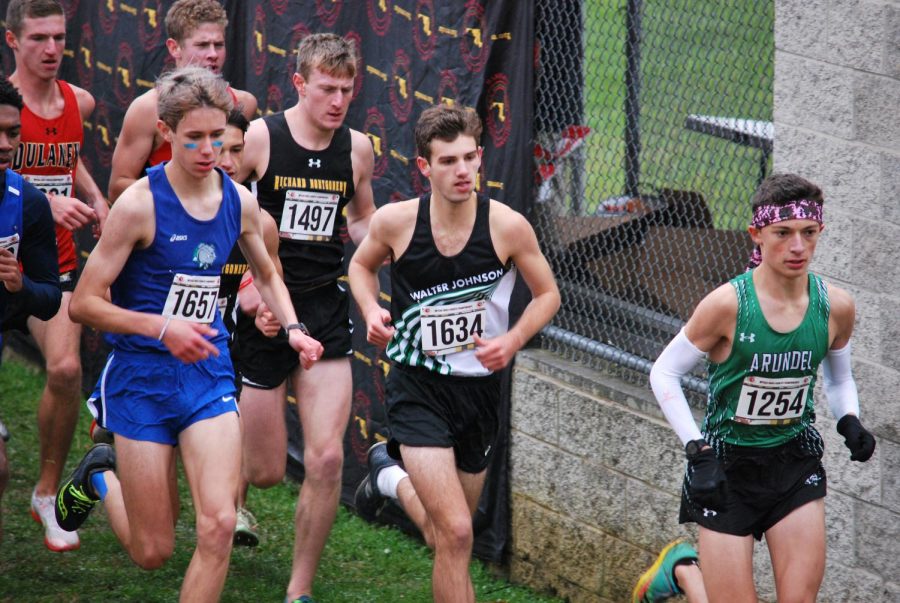 The team had already competed in multiple meets this school year including two travel meets as well as the county and regional championships. This gave the team experience racing together.

“In those meets and in the meets where we’ve done well, it was because we were packed up and really close to each other so I think that in states that was our main goal,” senior Hannah Riley said.

The girls team’s 1st place finish came at the end of a very successful season for them. The team achieved such a high level of performance by racing as a pack.

“The closer they [the front seven runners] are together, the lower your score is gonna be,” coach Tom Martin said.

The team achieves success by having a collective atmosphere where everyone is running for each other. This was reflected in the girls running at states and players credit captains and coaches for this.

“When you are pushing yourself to the limit in a 5K race, you’re gonna hit a point, usually about past the halfway mark, your body gonna send you these signals that say, ‘hey stop.’ What drives you beyond that is your will to want to compete. Your will, more importantly, to want to help your teammates, and that’s what drives you to the finish line,” Martin said.

Schell’s performance came after an individual championship at counties. He finds he was able to improve his strength in running over the pandemic.

“I thought I had a pretty good season before and so I just wanted to bring all the good races into states and just have my best race at states,” Schell said.

Schell reflected on his performance at the state championship.

“I did all I could to do as well as I could in that race; I was happy that I did well,” Schell said.

The girls team also had a feeling of happiness after their race.

Many of the seniors feel it was a great way to end their high school cross country career.