MLB Previews: Cubs look for back to back World Series in dwindling division 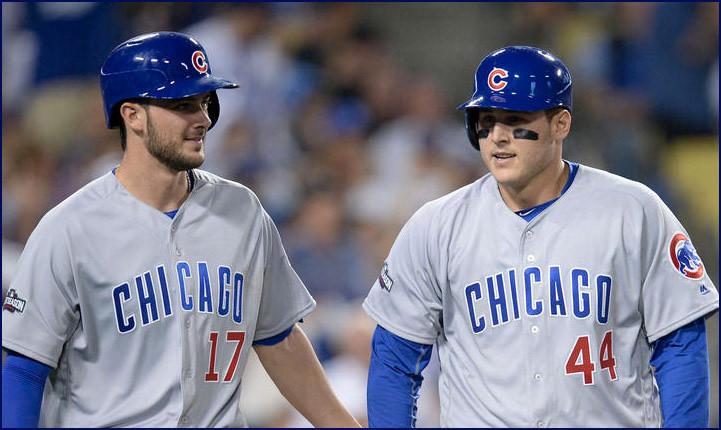 The MLB offseason was full of big trades, signings and extensions. Now Spring Training is in full swing. This is the fourth of six editions of predictions for each division for this baseball season.

Chicago: The Cubs won the World Series last year in a thrilling, 8-7, extra inning game seven victory over the Cleveland Indians. Former Cubs outfielder Dexter Fowler, is now a St. Louis Cardinal. The Cubs replaced Fowler by acquiring outfielder Jon Jay from the San Diego Padres. An underrated move was the signing of pitcher Brett Anderson, a veteran lefty starter, who routinely hovers in the 3.00-4.00 ERA area and provides some innings in the rotation already filled with Cy Young-caliber starters like Jake Arrieta, Jon Lester and Kyle Hendricks. The best move the Cubs made to fill their closer role was trading for Wade Davis from the Kansas City Royals in exchange for outfielder Jorge Soler. Davis was injured the second half of last season, but the first half he was lights out, as he has been the past two years as a closer. The Cubs are definitely World Series caliber as long as offensive stars MVP third baseman Kris Bryant and first baseman Anthony Rizzo and the rotation are healthy.

St. Louis: The aforementioned signing of Fowler was the best fit signing by any team this offseason. The Cardinals needed a leadoff bat, more stolen bases and more defense, and they got all that with Fowler.  We also saw the breakouts of outfielders Stephen Piscotty and Randal Grichuk, shortstop Aledmys Diaz and pitcher Carlos Martinez, who will now be the number one starter. The only downside is that the offense will slip in production, as longtime catcher Yadier Molina gets older and third baseman Jhonny Peralta and second baseman/outfielder Kolten Wong’s production dwindled. We also don’t know if infielder Matt Carpenter will be healthy on Opening Day, and starter Alex Reyes is out for the entire year with Tommy John surgery.

Pittsburgh: There are some outfield changes for the Pirates this year, with Gregory Polanco in left, Starling Marte in center and former MVP Andrew McCutchen in right. McCutchen is looking for a bounceback year after a dreadful .256 batting average and 143 strikeouts in 2016. There are a lot of unproven starters at PNC Park this year, with pitchers Jameson Taillon and Tyler Glasnow in the rotation. Although being top prospects, it remains to be seen if they will do well. First baseman Josh Bell has a hurt knee and will be out until May. The Pirates will likely miss the postseason, but Bell, Glasnow and Taillon look like stars of the future.

Milwaukee: The Brewers are a promising offensive team with former MVP outfielder Ryan Braun, who hit 30 homers and hit over .300 last year, in left,  and possibly the most underrated player last year in Jonathan Villar, who not only hit a career-high 19 homers, .285 average and 63 RBI, he also stole a league-leading 62 bases. He will be a crucial player this season in the leadoff spot. Another interesting player was pitcher Junior Guerra, whom, before getting injured, lead the Brewers in ERA and swing and miss percentage. He also was a rookie last year at 30 years old. The Brewers can overtake the Pirates for third best team in the division as long as they stay healthy and get a good bullpen piece.
Cincinnati: The Reds were the worst team in the NL last season, and for good reason, as they had the highest ERA in the bigs. The bullpen now has more major league experience, and the Reds got reliever Drew Storen as a possible closer. The offense was a positive last year with first baseman Joey Votto leading the league in walks and OPS and hit .326 with 29 homers. Leftfielder Adam Duvall lead the team in homers and RBIs and made the Home Run Derby last year. The two question marks are catcher Devin Mesoraco and rightfielder Scott Schebler. Mesoraco has been injured the past couple of years with knee injuries and should start Opening Day. Schebler got a cup of coffee and hit pretty well for a power hitter, with nine homers and a .265 average in 257 at bats last year. The team is still young and prone to strikeouts, and the pitchers could allow a lot of runs. They will still be a last-place team, but a last place team with promise.