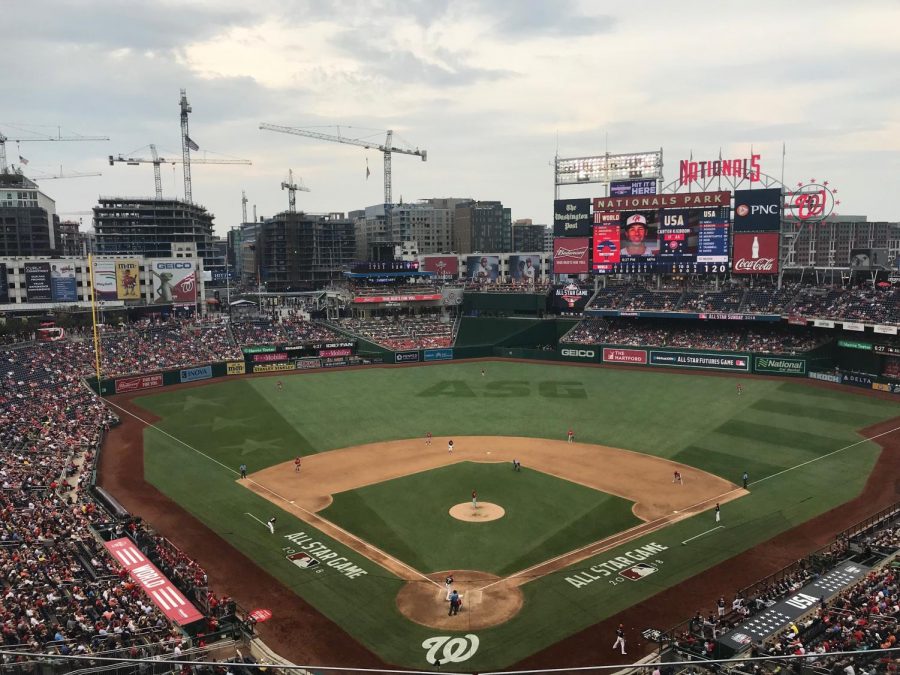 Despite having decent players like Bryce Harper and Max Scherzer, and the temporary fame of hosting the 2018 All-Star Game, the Nationals didn't make the playoffs. The Nationals will have a long winter to think about what they did wrong and how they can improve for 2019.

October is coming and as the school year ramps up, baseball is reaching a time where memories are made and legends are born. Nothing is for certain.

The American League side of the bracket is already planned out. The Red Sox have already clinched the AL East, though they no longer have the chance to be the best team in history. However, that doesn’t guarantee them anything. Wins, records, anything teams did in the regular season doesn’t mean a thing once the month of October starts. Even the 2001 Mariners, the best team of all time, lost in five games to no one else but “those damn Yankees.”

In the West, the Astros have held the division lead for the entire season, and clinched the division with a win against the Blue Jays and an Athletics loss to the Mariners on September 25. As for the Athletics, they will claim the second AL Wild Card spot after making a comeback in late July and early August. The Astros have high hopes and are looking to be the first team to win back-to-back championships since the Yankees in 1998, 1999 and 2000.

Taking a look at the local teams, neither of them are going to make the postseason. The Orioles are absolutely abysmal, losing 100 games with 21 left to go. They’ve already set a club record for the worst Orioles season in history but they no longer have the chance to be the worst of all time. The Nationals on the other hand, are a completely different story. Wasting yet another year of Bryce Harper and Max Scherzer, the Nationals have been hovering around .500 for most of the season. They can neither win nor lose consistently. Sophomore Patrick Kemp was also disappointed in the Nationals’ collapse.

“It’s a pretty disappointing season for the Nats. I thought we were going to do better, but unfortunately our pitching wasn’t there,” Kemp said.

Unless they somehow pull it together or the Braves or Phillies somehow collapse, it’s going to be yet another long, cold winter in Washington.

In the NL Central, the Cubs had a five game lead in the division, but they let it slip to the Brewers in Game 163. A late September comeback allowed the Brewers to take over. As for the Cardinals, after dropping down close to elimination with only a 7% chance (numbers courtesy of FanGraphs) to make the postseason at the end of July, the Cardinals turned it around in August, posting an amazing month record of 22-6 (.786) and giving themselves a 72% chance. ByThe Cardinals let their  slip and ended up empty-handed.

Shifting over to the West Coast, again it’s nothing special. The magic of the 2017 Dodgers had seemingly evaporated, leaving the Dodgers out of first place. But a late comeback allowed them to boot the Rockies out of first. The Rockies managed the get a Wild Card spot. The Dodgers may not be the powerhouse they were in 2017, but they’ve managed to at least give themselves a second chance to redeem themselves after the events of 2017.

With the way these teams are playing, this will certainly be a very interesting postseason, perhaps even more so than 2017, considered by many to contain one of, if not the best World Series of all time. For now, however, all there is to do is wait for the season to end and start enjoying some of that sweet, sweet October magic.