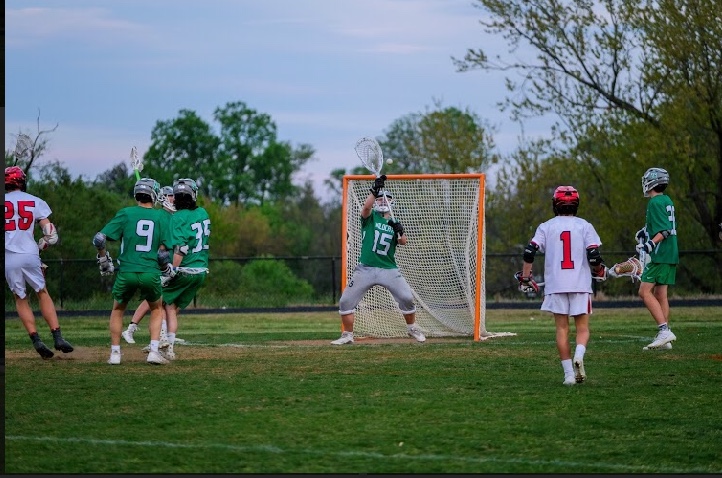 Junior goalie Calvin Annulis puts his shot-stopping ability on display in a home victory over Northwood. Annulis has established himself as one of the team's leaders as he enters his final year at WJ.

Junior captain Calvin Annulis has been one of the most valuable players throughout the 2019 season for Wildcats varsity lacrosse. The Wildcats entered the playoffs with a 5-6 record, but lost in the second round to Churchill. Annulis has been on varsity all three years at WJ, and has grown into one of the team’s true leaders.

Q: What has been your favorite moment of this year’s season?

A: “My favorite part of this year’s season was our win against Einstein in triple overtime. It really helped the team get back in reality check for the rest of the season.”

Q: What role on the team do you view yourself as?

A: “I try to see myself as the motivator of the team. I want to make sure my guys feel confident before a game and know that if we are putting our best effort out there every single day, that’s all that matters in the end.”

Q: What has been the key to your success this season?

A: “I would say that we, as a group of lacrosse players, work really well together and have a chemistry that not a lot of other teams have. We have this mentality of working as a team and not as individuals.”

Q: How have you improved from last years season?

Q: Where would you like to see your lacrosse future go?

A: “Many of my teammates want me to play Division 1, but I just feel like it would be too much pressure and would take away from the fun of college. However, I would consider possibly D-III or a competitive club lacrosse team at a D-I college. After that, I plan to play lacrosse for fun and join the WJ lacrosse alumni team.”