Girls basketball is ready for the playoffs 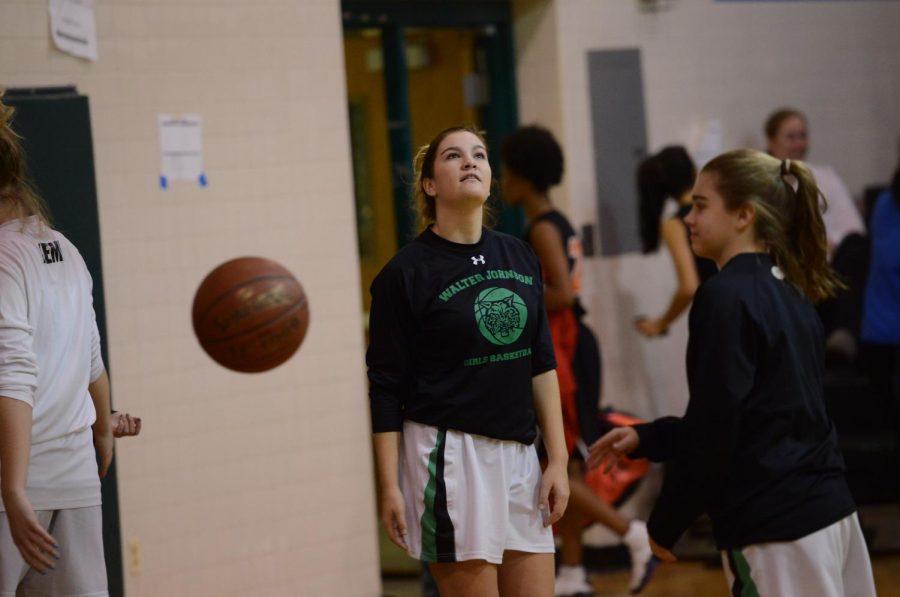 Senior Katherine Papadopulos is one of the catalysts to girls basketball. She's one of the two seniors on the team.

Girls’ basketball has had a very successful season. They went 14-5 overall and 7-3 in the conference, ending the season with a four game win streak, after losing three games in a row. Coach Jason Campbell credits their success to their drive and aggressiveness.

“Hard work and practice has been the key to success,” Campbell said. “We play hard and aggressive every single game.”

Girls basketball is a very young team, with just two seniors graduating this year. Senior Katherine Papadopulos says this team has a lot of potential.

“This team is amazing,” Papadopulos said. “There’s so much potential with these girls.”

There were tons of breakout players on the team, such as freshman Kristin Lucas. Over the season, Lucas averaged 20 points a game, helping girls basketball succeed.

The playoffs start on Friday against Kennedy at 5:00.

“We know that if we work hard, we can make it really far [in the playoffs],” Papadopulos said.