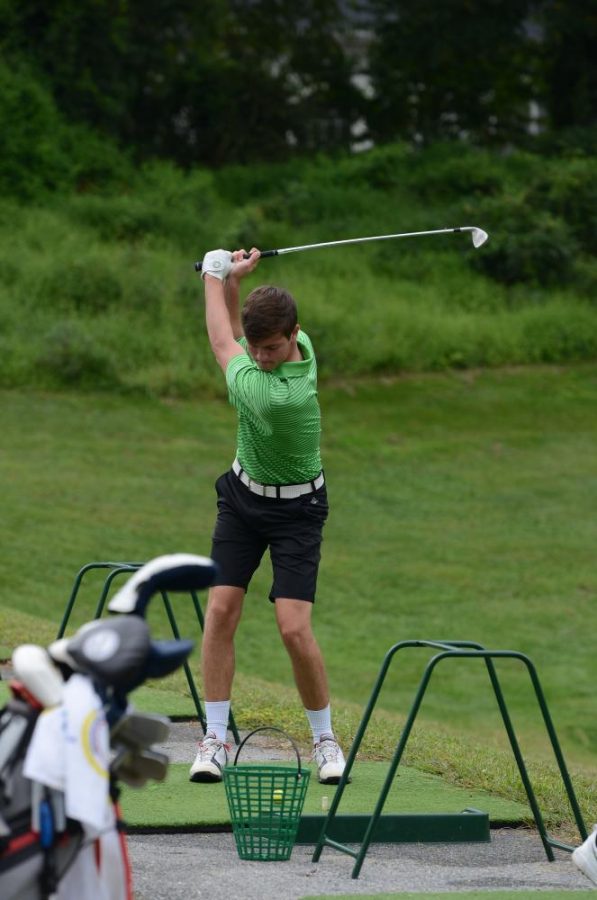 Although coed golf has had a rough go of it most of this season, two golfers managed to qualify for states: freshman Jake Griffin and senior Spencer Brody.

Griffin and Brody have been bright spots for the Wildcats throughout the season.  Griffin continued his impressive year by shooting 73 and finishing in sixth place.  Brody also performed well, shooting 80 and finishing twentieth.

“Districts is a lot of pressure especially knowing that this time it could’ve been my last match ever,” Brody said.  “Luckily I was able to stay calm and hit my driver in the fairway and make a lot of putts.”

Brody, who is also the team captain, has a lot of experience as he went to states last year as the Wildcats lone representative.

“Last year I went to states alone, so it’s great to have a teammate going with me this year,” Brody said.

Despite his experience on big stages, Brody will certainly have nerves, luckily, he knows the course well.

“The most important thing is to keep the ball in play,” Brody said. “It’s a very tough course, so if you’re losing balls it’s impossible to score well.”

Brody is excited to return to states, but there will certainly be a lot of emotions flowing as it will be his last ever high school golf match.

“Being my last match, it will be bittersweet,” Brody said. “Obviously it will be sad due to it being my last match ever, but I feel like I’ve accomplished a lot over the last four years, especially when we came in second in the entire state my sophomore year.”

The Maryland State Tournament runs from October 23 to October 25.