Handball adjusts in game against Wootton 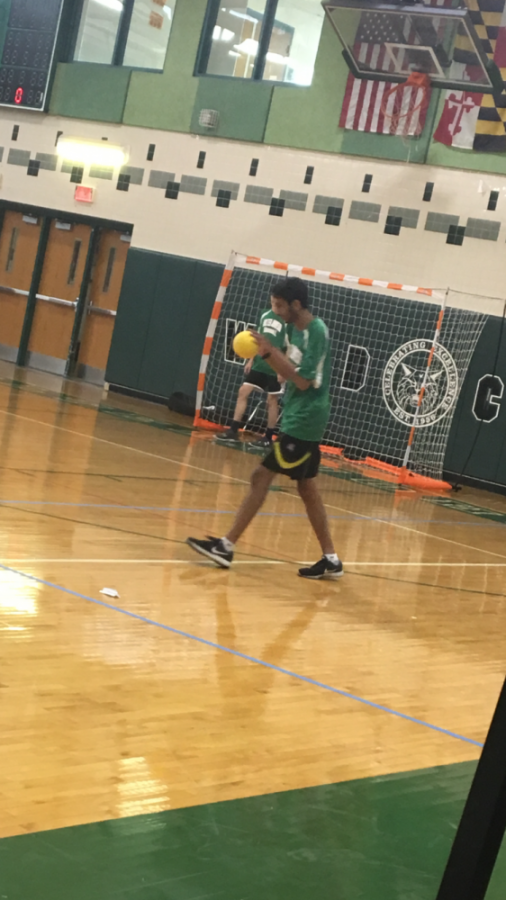 After two weeks of cancelled games, handball got their chance to play. The team played Wootton on October 9. Their outcome was a devastating loss,17-7. Junior Kyle Bryant scored five goals on his own, with one from sophomore Aidan Hihn and one from senior Sam Philip.

In handball, you are allowed seven on the field at a time. Since there are 10 players on the team this year, everyone got a fair amount of playing time. In the first half, WJ scored four goals. They played more defensively since Wootton proved very physical. WJ started with man-to-man defense, helping them score their goals. At halftime they decided to switch their strategy to zone defense.

Junior Justin Zimmer could tell Wootton was a great team as they played throughout the game.

“It’s tough because [Wootton] [was] able to adapt on us well,” Zimmer said. “We made adjustments in the second half, but it was hard because they were pressuring us, and we just wanted to score as many points as we could.”

In the second half, WJ scored two more goals. Their strategic switch proved worthwhile since many players noticed a change in their performance. Zimmer was a key leader in the second half.

“I saw improvement in the second half because we’re able to adapt more, but their play was fantastic,” he said.

The leading scorer was Bryant with five goals.

“We didn’t lose as badly as I thought we would,” Bryant said. “I did see some improvement in the second half, so overall I’m pretty happy with how we did. I’m looking forward to the next game.”

Even though they lost this most recent game, players are optimistic about the rest of their season.

“We played a great game. We stepped up, when we had to,” Zimmer said. “I think we were good, but they were just better. I’m proud of the team we have here, they all put in 100% of their effort and some days you just get beat.”

The season was continued with a game October 16. The official the score was 22-7, a Montgomery Blair High School win.